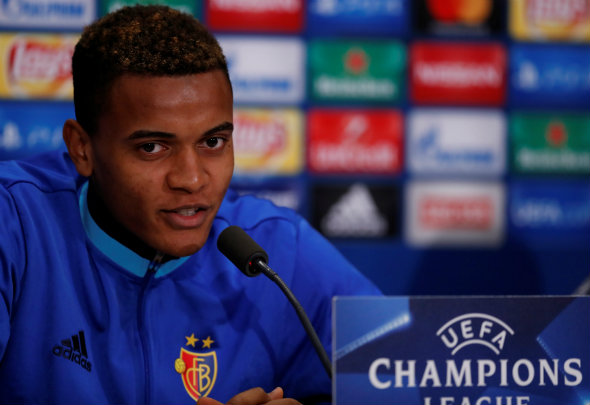 Liverpool have emerged as the frontrunners in a head-to-head battle with Borussia Dortmund for Basel centre-back Manuel Akanji, according to a report.

The Independent claim that Basel are desperate to keep hold of Akanji as they head into the Champions League knockout stages, and Liverpool’s willingness to wait until the summer may see them steal a march on Dortmund.

It is said that Dortmund are pushing for a January deal for the 22-year-old enforcer, with sporting director Michael Zorc having met representatives from the Swiss club on three occasions already.

Akanji has become a mainstay in the Basel defence over the last year, and has forced his way into the Swiss international side, with his pace a key asset to both club and country.

The Independent report that Akanji is in Liverpool’s sights after the summer collapse of their pursuit of Southampton’s Virgil van Dijk.

Akanji is attracting major interest with his performances for Basel, who have done well to reach the last-16 of the Champions League. A win over Manchester United helped to seal their progress, and they now face a tough test against league leaders Manchester City. That two-legged tie is such a key match for the Swiss club, and having Akanji line up at the back is essential to their already slim hopes. Liverpool’s patience in this situation looks to be a good thing, although the Reds will still need to strengthen their defence in January if they want to keep up their challenge for the top four.

In other Liverpool transfer news, the Reds are waiting for a decision on Saturday in their chase for this international defender.