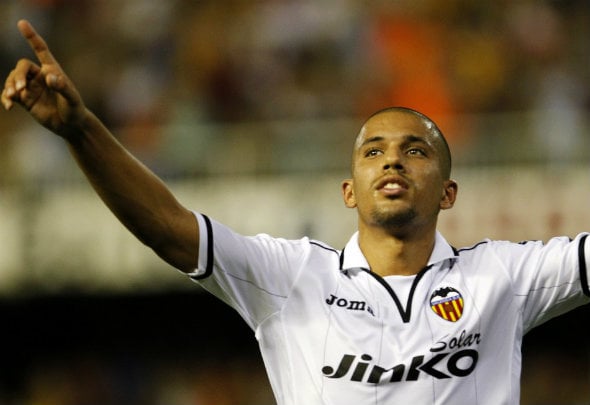 Liverpool are tracking £20million forward Sofiane Feghouli with an eye on a summer deal, according to reports.

Feghouli has attracted the attention of Jurgen Klopp after a series of impressive performances for Valencia in La Liga this season.

The Algerian has shone in a struggling Valencia side, bagging four goals and five assists in all competitions.

According to TalkSport and Spanish paper Don Balon, Liverpool and historic rivals Manchester United will go head to head for the 26-year-old when the transfer window reopens.

The two Premier League clubs will reportedly also have to do battle with Italian giants AC Milan, Inter Milan and Roma.

It has been reported that Feghouli has rejected a new contract offer at Gary Neville’s Valencia and has even handed in a transfer request.

The winger has consistently been one of Valencia’s best performers over recent years, scoring six goals from the right wing in 33 league games last season and getting 10 assists in the league the year before.

Valencia are supposedly reluctant to meet Feghouli’s wage demands, leaving the door open for a move away from La Liga.

According to the Sun, Klopp will be given at least £100million in transfer funds for a Liverpool summer revamp.

Feghouli has 33 international caps for Algeria and first caught the attention of an international audience when he scored his country’s first goal at a World Cup in 28 years against Belgium in 2014.

In other Liverpool transfer news, the Merseysiders have been in Italy for a £20million scouting mission.