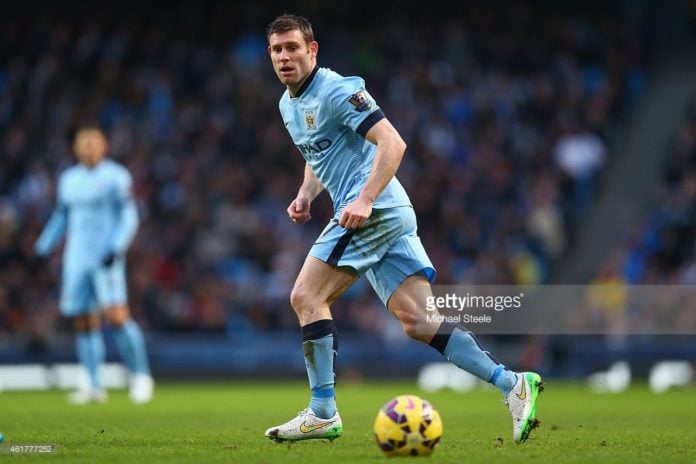 The Merseysiders have offered Milner a five-year contract as they attempt to persuade the Manchester City midfielder to move to Anfield on a free this summer.
City have upped the ante by offering Milner a deal reported to be worth a basic £130,000-a-week to keep him at Etihad Stadium.
But, as reported by Football Insider, Liverpool are hopeful they have done enough to convince the England international that his future should lie at Anfield and want to tie up a deal by the end of the month.
Liverpool chiefs want Milner to be joined at the club by Danny Ings, who is also out of contract next month and is understood to have already agreed personal terms with Liverpool.
Milner, 29, has been able to sign a pre-contract with a foreign club since January but is expected to remain in the Premier League and join another English club on a free transfer.
He has rejected a series of attempts by City to tie him to a new long-term contract, with manager Manuel Pellegrini admitting one factor could be the player’s desire for regular first-team football.
Pellegrini has made it clear that he wants Milner to stay, describing him last month as a “phenomenon” and English football’s “most complete player”.

Liverpool believe their offer of a four-year deal, combined with the lure of regular first-team football, could be enough to persuade Milner to move to Anfield.
Speaking in January, manager Brendan Rodgers has admitted that he is an admirer of Milner. “James is a wonderful player,” said Rodgers. “He’s been an outstanding footballer since the time I saw him at Leeds as a young player.”
Milner’s ability to play in virtually any position, including central midfield, attacking midfield, full-back and even as a withdrawn striker have made him a leading target for Liverpool.
The club’s transfer policy is to buy and develop young players with sell-on value but the recruitment team regard Milner as a good value option, given that there would be no transfer fee involved for a player who could be expected to fetch around £20m if he was under contract.