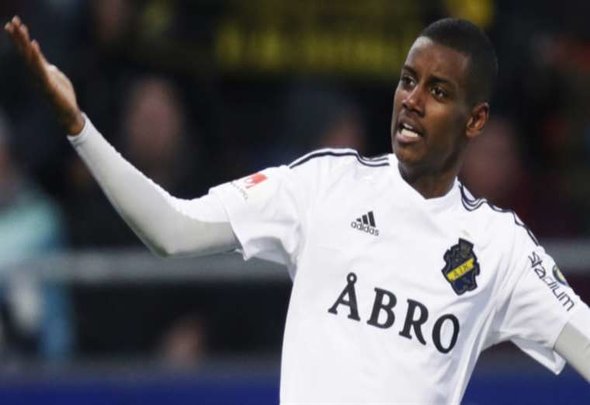 Liverpool have entered the race to sign Swedish striker Alexander Isak, according to a report.

Spanish publication Sport claim Isak, 17, has already been the subject of interest from Bayern Munich, Barcelona, Real Madrid and Leicester.

It is now said that Isak, who plays for Swedish club AIK Solna, is now on the radar of the Merseyside giants after the brilliant start to his professional career in Sweden.

The centre-forward has already bagged 13 goals in 32 senior appearances has been dubbed the new Zlatan Ibrahimovic due to to his stature, technical ability and shared nationality with the Manchester United superstar.

The report says that Liverpool will have a fight on their hands to secure the youngster as Barcelona have identified the forward as one of a number of young players they are keeping specific tabs on.

Isak still has two years remaining on his current deal in Sweden but could be tempted by a move to the Premier League.

The Reds have already beaten Leicester, Chelsea and Arsenal this term and currently sit in fourth place in the table.

In other Liverpool transfer news, Reds owner John Henry has suggested that fan protests over ticket prices has put further Anfield expansion at risk  – and fans have reacted with anger to the news on Twitter.