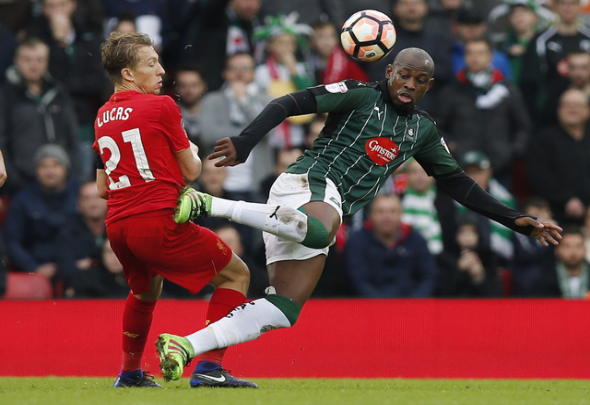 Liverpool fans on Twitter have blasted manager Jurgen Klopp’s decision to bring the experienced Lucas Leiva back into the team for Saturday afternoon’s match with Everton.

The 30-year-old defensive midfielder has been restricted to substitute appearances for the Reds in their last three league outings.

However, due to an injury suffered to Adam Lallana on international duty, Klopp has decided to bring the Brazilian into the centre of the park where he lines up alongside Emre Can and Georginio Wijnaldum.

The decision has been met by many groans in the Liverpool fan base on social media with many believing Lucas is not up to the standards of playing in a big game like the Merseyside derby.

One supporter shared that they felt physically sick by seeing Lucas in their starting line-up, while another labelled the line-up as “dire”.

I feel physically sick with Lucas in midfield, I didn't think I'd ever see the likes again, especially in the derby.

Dire lineup. Only 1 person on Earth thinks that this is a good idea and that's Klopp. Lovren for Klavan = wrong. Lucas = wrong. #LFC https://t.co/G3V0tb1rAp

Love klopp, but each time I see Lucas in the side when there are obviously better options I love him a little less…

Why Lucas ? He lets us down time after time. #LFC #MerseysideDerby #YNWA #LIVEVE

and that will cost us. Lucas doesn't have legs. Better off with 10 men. Can was just settling in the Cdm position

Lucas has entered his 10th year with Liverpool after joining from Gremio in the summer of 2007.

During his time at the club he has featured 338 times for the Merseyside giants and of those appearances 24 have come in the current campaign.

Lucas played just one minute of the reverse 1-0 win at Goodison Park in December, but Liverpool fans will be hopeful of a similar outcome at Anfield on Saturday.

In other Liverpool news, here is the Reds’ confirmed line-up to take on Everton.