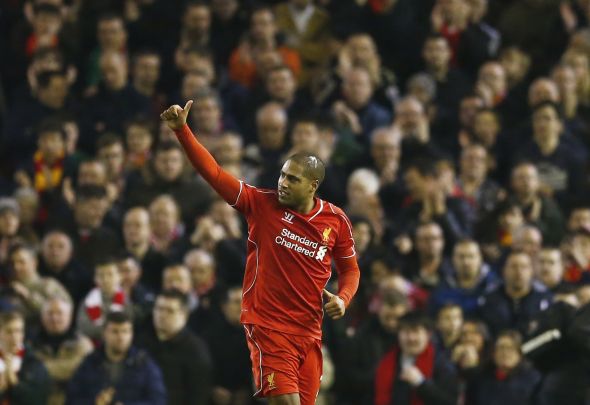 Liverpool fans have reacted amusingly on Twitter after reports linked Glen Johnson with a move to Spanish giants Barcelona on Wednesday.

Spanish publication Mundo Deportivo linked the La Liga side with a January move for a right-back who can play in the Champions League as well as bring experience to the club.

The now 32-year-old Johnson played for Liverpool for six years between 2009 and 2015 following an £18million transfer from Portsmouth.

He was widely considered as a modern-day full-back, who could attack, but not defend before leaving for current club Stoke on a free deal.

Now linked with Barcelona, Reds supporters have taken to social media to share their amusing responses.

Glen Johnson to Barcelona is straight up the most insane thing anyone has ever wrote, said or heard. Cannot be legit

Glen Johnson to Barcelona?? Have I slept a few months and it's now April 1st?

Glen Johnson is a target for Barcelona i promise I will end my life .

Also Glen Johnson to Barca has ended me

Johnson was called up to manager Gareth Southgate’s first England squad earlier in the month with the defender having played in just four encounters for Stoke this campaign.

However, he dropped out through injury and has not featured in the last two matches for Mark Hughes’ side.

He will return to Anfield on December 27 when Stoke face Liverpool and it could be one of his last games for the Potters if he does leave in January.

In other Liverpool news, the Reds and Manchester City will fight it out in January for young star Ante Coric.