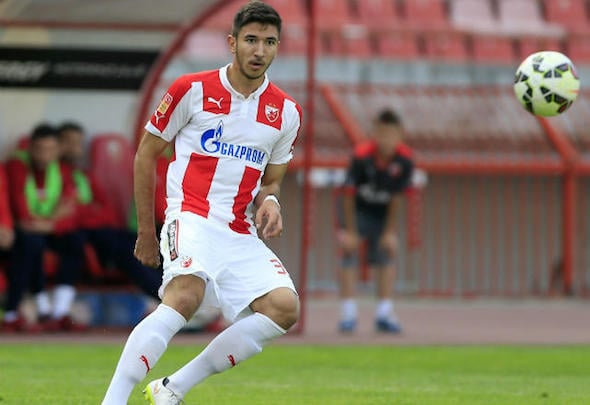 Liverpool fans have responded on Twitter to the news that Paul Pogba is on the verge of joining Manchester United in entertaining fashion.

Sky Sports claimed on their website that Pogba has been given permission by Juventus to have a medical at United and seal a world record deal.

Pogba is set to join for less than £100million but the fee is expected to comfortably surpass the £86million Real Madrid paid for Gareth Bale in 2013.

Marko Grujic completed a £5million move to Anfield in January but returned to Red Star Belgrade on loan for the remainder of the season, and Liverpool fans have joked that their own central midfield arrival is a much better player than Pogba.

One supporter hilariously said that he ‘would rather have one Gruijic over 11 Pogba’s’ and another claimed that ‘Grujic will keep Pogba in his back pocket’.

I would rather have 1 Grujic than 11 pogba’s

So pogba finally joins utd? Big deal, we got grujic

GRUJIC IS STILL BETTER THAN POGBA

Excited to see Pogba in PL tbh but Grujic is better mind you.

Who cares about Paul Pogba? We’ve got Marko Grujic? #LFC

Liverpool fans have continued to wind up their traditional rivals and will hope to challenge them in the league this season.

The imminent capture of Pogba is sure to be a huge bonus to Jose Mourinho’s squad and they will be one of the favourites to win the Premier League.

Grujic has made an impressive start to life at Anfield and scored a sensational header on Saturday in the 4-0 victory over Barcelona.

Prior to his move to Anfield, Serbian football journalist Vlastimir Stevanovic compared his playing style to the Liverpool great Steven Gerrard and the fans will be more impressed if he can emulate even half of his achievements.

In other Liverpool team news, watch John Barnes rap World in Motion on the Tube after the club’s Wembley win.