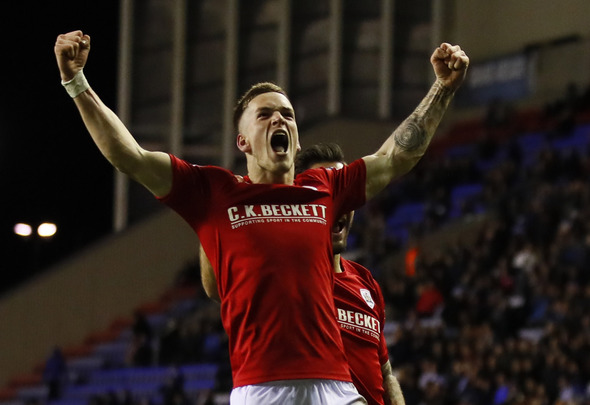 Liverpool fans have taken to Twitter to hail Ryan Kent for his performance in the loss to Atletico Madrid in the Audi Cup final on Wednesday night.

The 20-year-old was introduced to the Allianz Arena clash at half time and managed to leave quite the impression on those who watched their side hold the La Liga giants to a 1-1 draw after normal time.

Jurgen Klopp’s side lost the fixture by virtue of a penalty shoot-out after Roberto Firmino scored a late equaliser to cancel out Keidi Bare’s goal in the first-half.

Kent was one of the Liverpool players who stood up to take a spot-kick in the shoot-out, and the winger managed to confidently smash the ball past Atletico ‘keeper Moya.

The Anfield faithful now think that Kent is worthy of a place in Klopp’s senior squad next season, with one supporter asking “who needs Neymar” when the Reds have the young English winger.

I want #LFC to keep Ryan Kent this season. He has looked amazing in pre-season and deserves some EPL minutes

Ryan Kent takes better corners than Milner, better penalties than Hendo and better than Woodburn on the wings #LFC

Who needs Neymar when we have Salah, Mane and even Kent! #LFC #LfcFamily

Former senior Sky Sports reporter Graeme Bailey claimed on his personal Twitter account on Wednesday that Middlesbrough are now keen on taking Kent on loan while according to Sun journalist Alan Nixon, Leeds have given up on their pursuit of the winger.

Kent was on loan at Barnsley in the Championship last season and was a major part of helping them stay in the second-tier as he scored three goals and supplied three assists in 47 appearances across all competitions.

He has only ever played once in the Liverpool senior side in a competitive fixture, but that may change in the near future judging by his pre-season form.

In other Liverpool news, this international centre-back on the Reds’ radar is set to complete his medical ahead of a move.