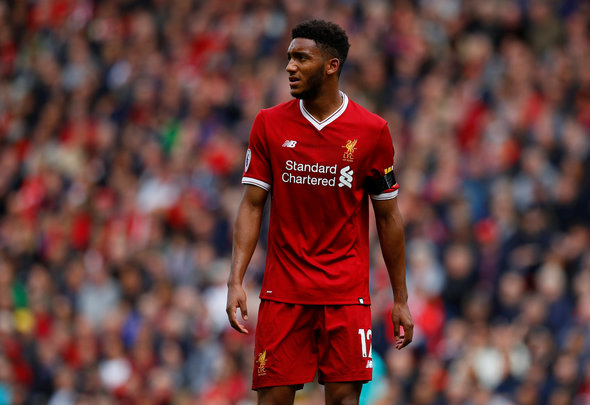 Liverpool fans have taken to Twitter to express their dismay to widespread reports that Joe Gomez has been ruled out of the Champions League final.

The Times’ Merseyside correspondent Paul Joyce was among many journalists who reported late on Tuesday morning that the right-back has undergone surgery on his injured ankle.

Joyce explained that Gomez, 20, will not only miss the Champions League final but most likely the World Cup as well after sacrificing himself to play through the pain barrier in recent Premier League fixtures against West Brom and Stoke City.

Joe Gomez has had ankle surgery. Will miss CL final and probably World Cup as well. Sacrificed himself for Liverpool when playing in pain v West Brom and Stoke City.

Gomez has been a regular for Liverpool this season, making 31 appearances in all competitions as he shared the right-back duties with Trent Alexander-Arnold.

The speedy defender has made a big impression with the consistency of his performances and was in contention to play in the Champions League final against Real Madrid on 26 May as well as represent England at the World Cup.

Liverpool fans took to social media en masse to express their despair at the Gomez bombshell as he prepares to sit out the club’s biggest match in 11 years.

Had a torrid time with injuries in his short career so far.

I would have thought he would have been in contention to start at the World Cup. #LFC https://t.co/CAhqGbDo3E

And was awful in those 2 games. Bad management from us

We will not forget joe gomez… speedy recovery

Another one bites the dust #Gomez #LFC

He was our best defender at the start of the season and he’s still young. He’ll learn.