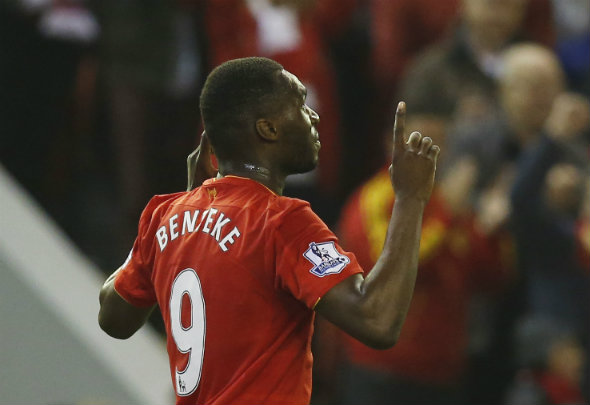 Liverpool fans took to Twitter to congratulate former striker Christian Benteke after he scored against Everton on Friday.

The 25-year-old striker equalised the scoreline after Romelu Lukaku put Everton in front in the first half in the 1-1 draw.

Benteke has now scored three goals in seven fixtures for Palace since moving from Anfield in a £27million deal.

Fans of the Reds were pleased for their ex-forward scoring against their rivals and many took to social media to congratulate the Belgium international.

Might be a lazy basket, opposite to Klopp philosophy, but will get you goals. #Benteke #Pardoo #LFC #PistolPalace #EVECRY

Tbf Benteke's header was quality, glad he's found a club what can suit him. I like him shame it didn't work from him with us #LFC #CPFC

Benteke worth that big fre for palace. Said along hes a good player. Just not suited to our style of play #lfc #ynwa #EVECRY

#LFC should put a bid in for that #Benteke lad. He looks half decent.

Benteke failed to establish himself at Anfield, scoring just 10 goals in 42 appearances for the club following his £32.5million move from Aston Villa in the summer of 2015.

He is now looking to establish himself at Sellhurst Park with the south east London side paying out a large amount of their budget on the forward.

However, Liverpool have not missed goals in their side in the new campaign with the Reds scoring an impressive 16 goals in their first six league fixtures.

There hasn’t been an out and out goal scorer in the team with Philippe Coutinho, Roberto Firmino, Adam Lallana, Sadio Mane and James Milner all on three league goals each.

In other Liverpool news, defender Dejan Lovren has been criticised by road safety experts after breaking the law four times in a carpool video.