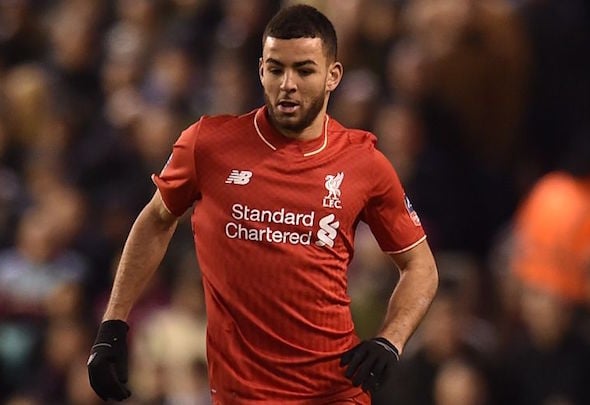 Liverpool fans were mightily impressed on Twitter after youngster Kevin Stewart shone during the Reds’ 2-1 win over Tottenham.

Daniel Sturridge grabbed the headlines with a well-taken brace against Mauricio Pochettino’s side, but Stewart looked clam and assured at the base of Liverpool’s midfield.

Stewart’s dominating performance against the likes of Harry Winks and Tom Carroll helped secure Liverpool’s passage into the quarter finals of the EFL Cup, as he combined with Reds’ defence to nullify the Spurs attack.

The London-born midfielder signed for Liverpool in 2014 from Spurs, after failing to make a breakthrough into the Spurs first-team setup.

Liverpool fans have reacted on Twitter to Stewart’s performance, with many commenting on his maturity despite being just 23 years old.

Impressed by Kevin Stewart again.Seems so calm in possession, good vision, good at winning the ball back.Good DM. Spurs must be gutted. #LFC

Stewart and Grujic impressing me. #LFC

Impressive from Stewart & Lucas in the 1st half, Need another goal to have that cushion. ⚽ #LFC

Tottenham looked to have secured a lifeline when under-fire striker Vincent Janssen converted from the penalty spot with 15 minutes remaining, but the score remained 2-1.

Stewart’s inclusion in the side was his sixth appearance of the season and 17th appearance for the Merseyside giants since his Liverpool debut back in January 2016 against Exeter.

In other Liverpool news, John Aldridge has declared that this new signing has become the reds’ organiser.