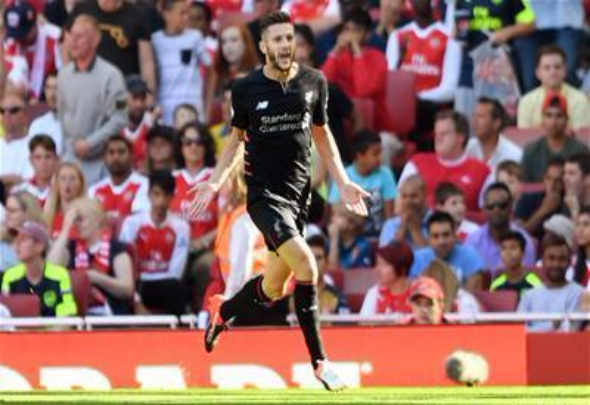 Adam Lallana had his match against Swansea cut short after sustaining an injury in the first half, and worried Liverpool fans have taken to Twitter to express their feelings.

The attacker left the field after just 24 minutes at the Liberty Stadium and was replaced by striker Daniel Sturridge with Reds fans now waiting to hear how serious Lallana’s injury is.

Swansea went in at half-time 1-0 up thanks to a goal from Leroy Fer in the first 10 minutes.

Fans of the Merseysiders are concerned that one of their star players has gone off injured, while others on social media believe that it just isn’t going to be their day.

A nightmare start to the match. We go down a goal, and we lose Lallana to injury. 😰 #LFC

Lallana off early due to injury is replaced by someone way more injury prone… Today might not be our day. #LFC #SWALIV

Not been an inspiring start for #LFC. Conceded one, Lallana off injured, now captain picks up a booking. #SWALIV

A Lallana injury is definitely going to hurt. #LFC #SWALIV

Lallana has played a key part in Liverpool’s impressive start to the new campaign, with three goals from six Premier League appearances .

The 28-year-old will be a big loss to the starting eleven, but fans will be eased by the knowledge that last season’s top scorer Daniel Sturridge is ready to step in for the England international.

It is expected that Sadio Mane will now cover Lallana’s position on the right side of the midfield, with Roberto Firmino now on the right wing and Sturridge in the centre.

In other Liverpool team news, Jordan Henderson has claimed that his team-mate can be as good as Cristiano Ronaldo, Lionel Messi and Luis Suarez.