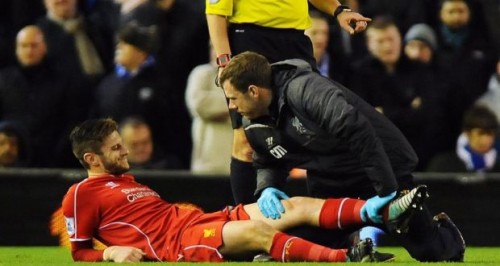 Philippe Coutinho, Adam Lallana, Roberto Firmino and Daniel Sturridge are all set to miss Liverpool’s clash against Leeds on Tuesday night – and fans weren’t encouraged by the latest update on Twitter.

The Liverpool quartet will miss the mid-week EFL Cup quarter-final clash at Anfield against the Championship outfit and only Lallana looks set to return at the weekend.

The Reds face Bournemouth on Saturday and Jurgen Klopp confirmed, as quoted by This Is Anfield Twitter account, that Lallana is very close to full fitness but has not yet returned to training so he will be targeting the Premier League clash to make his comeback.

The midfielder has been absent since picking up an injury while on international duty earlier this month so has missed the last two games against Sunderland and Southampton.

Klopp: "Phil's scan is this afternoon. Adam is in a very good way, close to team training, but not ready for the game."

Klopp: "Daniel is not in team training, and the same with Roberto. Yesterday was still painful. It's something we have to wait for."

Firmino is expected to be left out of the squad against Leeds because he has still not trained since picking up a knock against Sunderland on Saturday and, according to Klopp, it is still “painful.”

There was no confirmation on his return date but Sturridge is also yet to make a return to training and Coutinho will find out the true extent of his injury in a scan which will take place on Monday afternoon.

An anxious wait for #LFC fans as Philippe Coutinho turns up for hospital on crutcheshttps://t.co/BQcnqauUwa pic.twitter.com/BdhPQKwr9w

It is not encouraging signs though as he was pictured wearing a cast and on crutches when entering the hospital and fans have reacted anxiously on social media.

Coutinho, Firmino, Sturridge (bleh) and Lallana all out for the Leeds game. This has happened sooner rather than later tbh. #LFC

Why can we never just get actual transparency & answers about injuries? How long will Studge be out? Firmino? Will they make B'mouth? #LFC

Coutinho being out will test how good Liverpool's squad is. Like I said. Teams who challenge for trophies deal with injuries. #LFC

In other Liverpool news, Steven Gerrard has hailed the performance of his young cousin during England victory against Brazil.