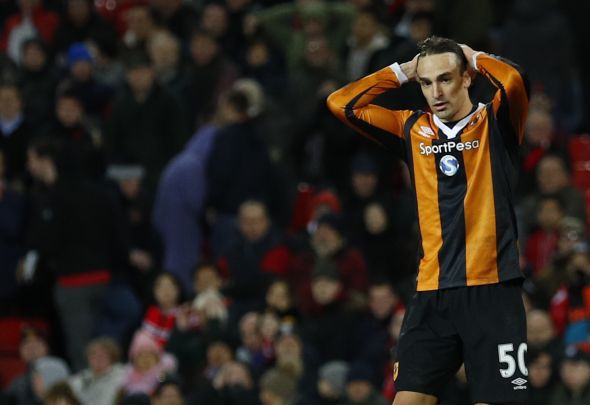 Liverpool fans have taken to Twitter to react to Lazar Markovic scoring his first goal for Hull.

The 23-year-old struck in the 14th minute of the Yorkshire club’s 4-2 win against Middlesbrough on Wednesday night.

His goal came on a night that saw the Merseyside club fall to a late draw against Bournemouth.

He was sent to the KCOM Stadium on a temporary deal after his loan spell at Sporting CP was cut short in January for a series of underwhelming performances.

Markovic has made nine appearances for the Tigers since his January switch and is clearly deemed as surplus to requirements by Jurgen Klopp, who was willing to send him out on another loan deal despite Sadio Mane’s participation at the African Cup of Nations.

Some supporters think that this was a huge mistake by Klopp while others believe that they could get a bit of extra money if they sell Markovic in the summer.

According to the Daily Mail, West Ham are watching over the winger and could stage a £16million bid for him.

Here is a selection of tweets from Liverpool supporters after Markovic scored for Hull:

Oh dear, just seen that Markovic has scored too. Not perfect, but could have been a stand in for Mane. Especially with his pace. #LFC #YNWA

I see Markovic scored for Hull. We need a squad player with loads of pace to come off the bench, wait a minute 👀

Doesn't he deserve to be given a chance?

Good news too! Lazar Markovic has scored for Hull! #LFC

Markovic has made 34 appearances for Liverpool in all competitions since signing from Benfica for £20million in 2014.

He hasn’t played a competitive game for the Reds since May 2015 after spending last season on loan at Fenerbahce.

In other Liverpool news, Danny Murphy has slammed the Reds for this damning stat.