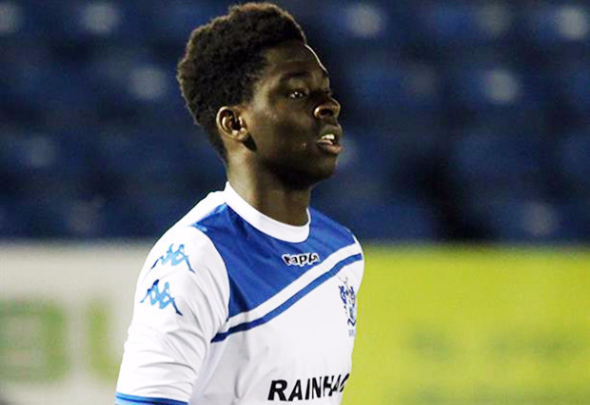 Bury defender Emeka Obi changes his Twitter bio to “footballer at Liverpool FC” – with fans of the club taking to social media to share their excitement over the young prospect.

The Liverpool Echo claimed on Thursday that the Reds were on the verge of wrapping up a deal for the 15-year-old centre-back, who has already played for the first team of the League One club.

Now the deal looks to be almost complete with the young star changing his Twitter profile stating that he is a Liverpool player.

Obi already stands at 6ft 5in at his young age and many fans on social media are now keen to see him in a Reds shirt.

6'5 at 15 eh? I look forward to Emeka Obi when he turns into his final form… #lfc pic.twitter.com/vYBOpGWIJw

The Nigerian-born youngster made his first-team debut for the Shakers in their Checkatrade Trophy clash with Morecambe in August.

He had a trial on loan with Premier League outfit Stoke in the summer and has also earned rave reviews from Bury manager David Flitcroft.

It is understood that Liverpool’s plan for the strapping defender is to start off at the Merseysiders Academy base with Neil Critchley’s Under-18s squad.

In other Liverpool transfer news, fans reacted on Twitter to speculation that Nathaniel Clyne could move to Barcelona.