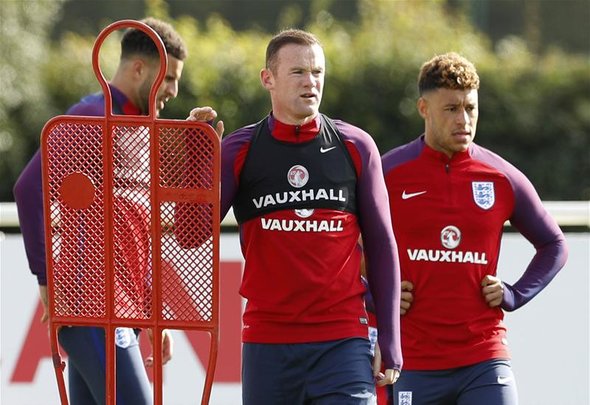 Wayne Rooney will reportedly be named on the substitutes bench for Tuesday’s England clash against Slovenia – and Liverpool fans have taken to Twitter to express their delight at the news.

The 30-year-old Manchester United player started and played the full 90 minutes during the 2-0 victory over Malta, but he was jeered by his own fans.

Now Sky Sports have reported on their official Twitter account that sources have revealed the experienced attacker will start from the bench during Tuesday’s World Cup qualifier.

Liverpool fans have taken to social media to express their delight with many claiming it’s now time for him to hang up his international boots.

Wayne being in the #England squad is already news enough! Rooney should just exit while some dignity still left! @FA

BREAKING! Player is named as a substitute

Rooney has made 117 appearances for England, while scoring 53 goals.

He has particularly unimpressed for his country following his break through in Euro 2004.

After being regarded as one of the brightest prospects for the country in Portugal, scoring four goals, he has scored a total of three goals at following tournaments.

He has now reverted to a midfield role for club and country from his more advanced role, but he has been dropped at club level and it now looks like his international career is heading downward too.

Liverpool will face their fierce rivals at Anfield after the international break with the two sides currently in form.

In other Liverpool news, former Reds midfielder Joe Allen has revealed he used to support Manchester United in a Q&A with a young Welsh supporter.