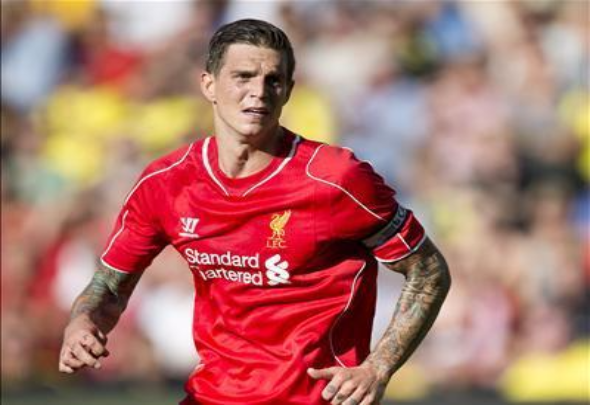 The 31-year-old centre-back spent eight years on Merseyside after joining from Brondby in 2006 while Rafael Benitez was the manager.

However, the Spanish boss left in 2010 when he was replaced by the then future England boss Hodgson, who had just led Fulham to the Europa League final.

During his time at the club Hodgson failed to win over the crowd due to his defensive style and was sacked just six months after starting his Anfield career.

Danish defender Agger was not unhappy to see the former Inter Milan boss depart from the club.

“I completely lost my desire to come to work because his training sessions were really hard to get through,” revealed Agger to the Guardian.

“Not physically but mentally. It was the same and the same. Day in and day out.”

Agger also revealed how Hodgson attempted to get the once high-scoring Fernando Torres back to his best.

“Skrtel and I had a really hard training session as we were defending against eight with two, but the eight players attacking were just faffing around. They had hardly run a kilometre and it was so uninspiring.”

During the centre-back’s eight years at Anfield, he made 232 appearances in all competitions.

He was signed by Benitez as a 21-year-old for a fee of £5.8million, and went on to become an immensely popular player at the Merseyside club.

Agger returned to his boyhood club Brondby in 2014, after his relationship with Brendan Rodgers appeared to have broken down.

The two-year contract he signed has now expired and the centre-back has decided to call time on his career.

The Dane made 75 international appearances and took part in the 2010 World Cup and 2012 European Championships.

In other Liverpool team news, Reds striker Danny Ings believes he has every chance of succeeding under Jurgen Klopp.