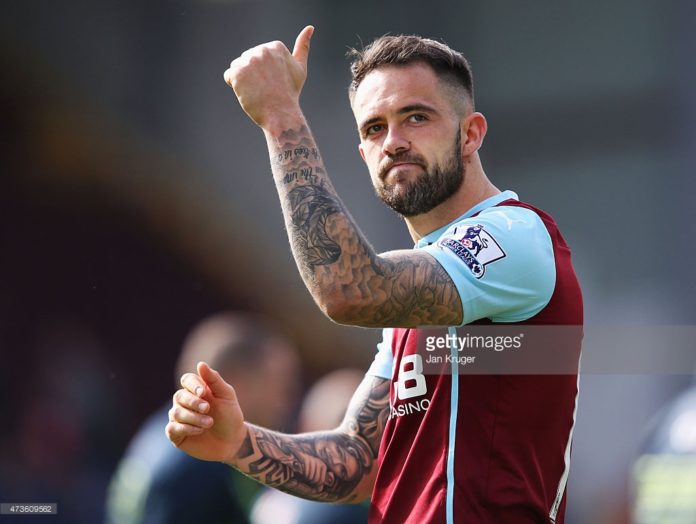 By Merseyside correspondent Cam Downes
Liverpool are set to announce the signing of Danny Ings after finalising a deal to land the striker this summer, Football Insider sources understand.

The Merseysiders have beaten off competition from Tottenham to capture the 22-year-old.
As revealed by Football Insider last week, the player reassured Liverpool he still wanted to move to Anfield despite reports that Spurs had offered Burnley a staggering £12million for a player out of contract at the end of the month.
Liverpool will pay Burnley around £4.5m in compensation for Ings in accordance with Fifa regulations for training costs for players aged under 23.
Football Insider revealed last month month that Ings had agreed personal terms with Liverpool, who have offered the player a five-year contract and a lucrative signing-on fee.

He will join fellow new signing James Milner at Anfield and could be joined on Merseyside in the summer by two other new striker signings as the club press ahead with plans to overhaul their squad.
Divock Origi willl make a permanent move to Anfield in the summer when he completes a season-long loan at Lille, while Liverpool are looking to add a third front man with Aston Villa’s Christian Benteke, Arsenal’s Theo Walcott and Borussia Dortmund’s Ciro Immobile among their targets.
The Merseysiders will create space in their squad by attempting to offload Mario Balotelli, Fabio Borini and Rickie Lambert, who are all deemed surplus to requirements.