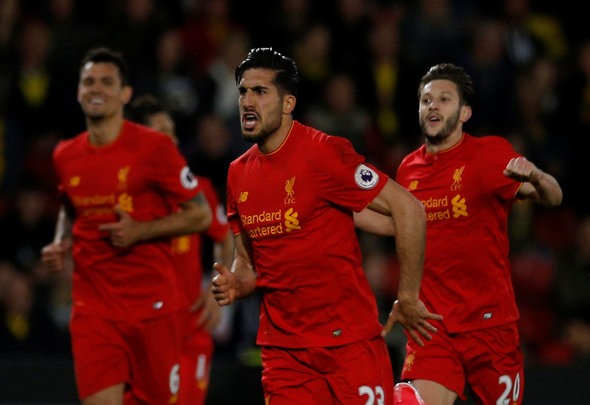 Liverpool hope to re-enter talks with defensive midfielder Emre Can about a new deal over the “coming months”, according to a report.

The Liverpool Echo have detailed on their website that negotiations between the Reds and the 23-year-old had stalled over an extension on his contract which is set to expire next summer.

However, the Merseyside giants are keen to keep hold of the Germany international who is said to be attracting a number of European clubs, including Juventus.

It is also reported that even if Can doesn’t agree a new deal at Liverpool this summer then the club will still keep him for the 2017-18 campaign despite the risk of losing him on a free transfer next summer.

Can joined Liverpool in the summer of 2014 in a deal worth £9.75million from Bundesliga outfit Bayer Leverkusen.

He has since gone on to play 129 times for the club in his midfield anchor role for the club and of those appearances, 40 came in all competitions in the last campaign.

Can is often undervalued in the Liverpool team, but it is clear that Jurgen Klopp and the club does not view him in the same light as they prepare the risk of losing him on a free for the sake of keeping him for another year. The midfielder is often the point between the defence and midfield and he helps keep possession in Klopp’s team, while also breaking up opposition attacks. He also still has a lot of room to grow at just 23 and if Liverpool are serious about progressing in the future then they simply must tie him up to a new deal.

In other Liverpool transfer news, Dietmar Hamann has told that he would take this soon to be out of contract player to the Reds.