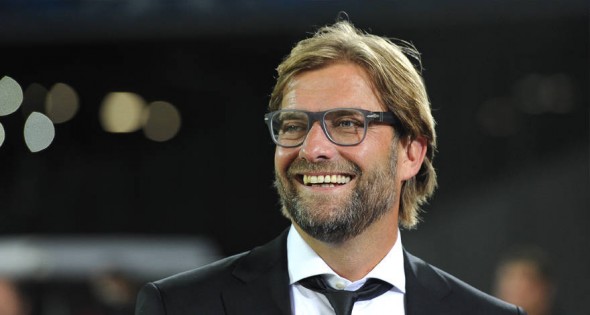 By Editor
Liverpool have offered Jurgen Klopp a contract to be the club’s next manager, Football Insider sources understand.
The Merseysiders are willing to make the German the best-paid boss in the club’s history with an £8million-a-year deal for him and his backroom staff.
Klopp has indicated he will sign the contract, paving the way for him to be appointed the next Liverpool manager later this week.
The 48-year-old is set to take assistants Zelijko Buvac, who was his No2 at Borussia Dortmund, and  Peter Krawietz with him to Anfield.
It is understood that Klopp has been offered a three-year contract with the option of a fourth year during talks with Liverpool over the last week.
The cost of hiring Klopp, who is now the only man in the frame to become the new manager, is on top of the pay-off that Brendan Rodgers and his axed backroom team are set to receive.
Rodgers was in the second year of a four-year contract worth around £6million-a-year when he was axed by Liverpool on Sunday.


Klopp, whose CV includes two German league titles and a Champions League runners-up spot, will be even more expensive for Liverpool’s American owners Fenway Sports Group.
Football Insider revealed on Sunday that the former Dortmund manager was already in talks with the Liverpool hierarchy after being approached by the club last week.
Carlo Ancelotti was also on the radar of the Merseysiders but Klopp emerged as the strong favourite after doubts about the Italian’s interest in taking on what is required as a team in transition.