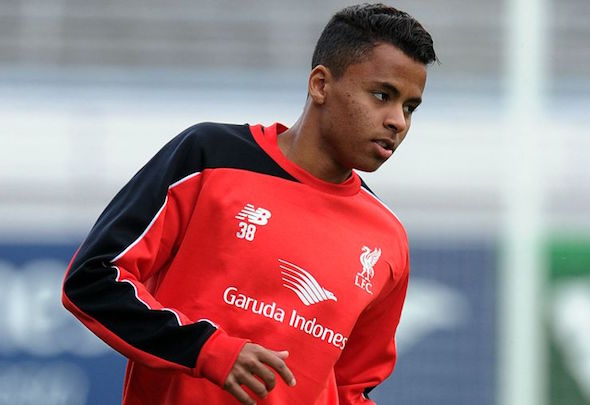 The Merseysiders have agreed for the Brazilian midfielder to join the top-flight club on loan until the end of the season.

A Liverpool source has told Football Insider that Allan has flown to Belgium for a medical and to finalise the paperwork on the move.

The 18-year-old central midfielder was given the green light to go out on loan again after a successful stint in Finland earlier in the season.

Allan has been training with Jurgen Klopp’s first-team squad at Liverpool’s Melwood training headquarters since returning to the club in October after helping SJK clinch the Finnish league title.

Sint-Truiden, which is where Liverpool keeper Simon Mignolet began his career, are 12th in the Belgian Pro League.

Allan, who cost the Reds £500,000 from Internacional in his homeland last summer, revealed earlier this month that another loan spell was on the cards as he does not yet have a work permit to play in England.

“I wouldn’t be available in January because my work visa isn’t ready so I will be loaned out again,” Allan said. “But I’ll be back in the middle of 2016, even more ready and eager to play for Liverpool.”

Allan caught the eye of Liverpool scouts after playing against the club’s youth team in last January’s Frenz International Cup in Indonesia. The Reds pushed through the deal last summer and Academy staff have high hopes for him.