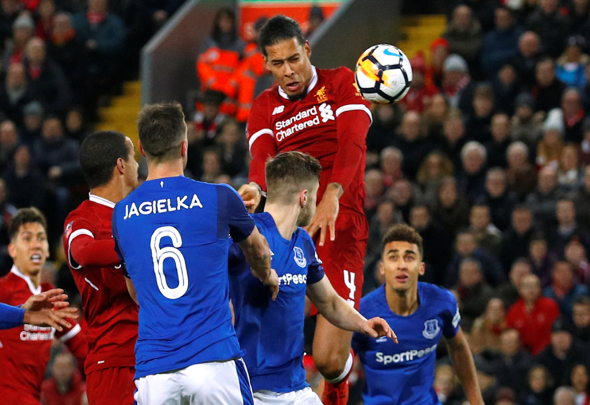 Liverpool have reached the fourth round of the FA Cup after defeating local rivals Everton in what was a heated display at Anfield.
The first half truly reflected the nature of the fixture, and showed flashbacks to cup ties of the past, with an entire portfolio of rough tackles on show.
Everton duo Mason Holgate and Wayne Rooney were lucky to still be on the pitch, as tempers flared.
But it was ultra-consistent James Milner who broke the ice, converting from the penalty spot in the 35th minute, as Adam Lallana hit the deck following contact from Holgate in the box.
The score was levelled in the 67th minute by Everton record signing Gylfi Sigurdsson who converted with a delicious placed shot into the bottom corner, which Loris Karius could do nothing about.
But the man who sent fans into overdrive was new signing Virgil van Dijk, with an emphatic header in the 84th minute.
The result means that Liverpool progress through to the fourth round of the FA Cup, but it also made for a lot of talking points.
Read on to see the first thing we learned from the FA Cup tie after Liverpool paraded their new £75m-man…