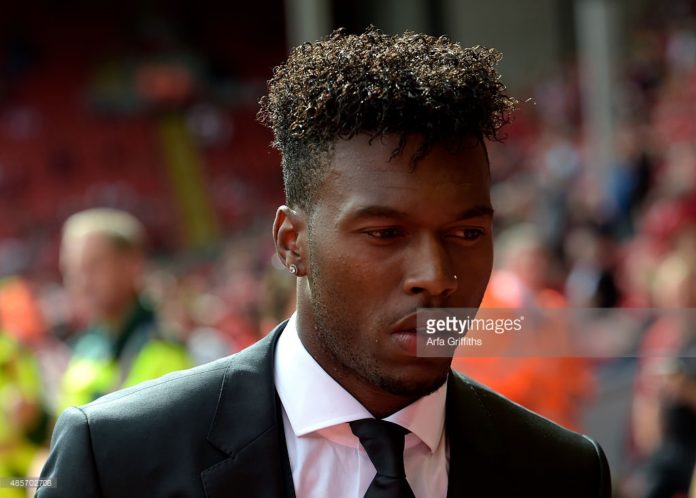 Sturridge has started full contact training at the club’s Melwood headquarters as he works his way back to fitness following hip surgery.

The England international is not expected to be ready for Saturday’s Premier League showdown against Manchester United at Old Trafford.

But manager Brendan Rodgers has a tactical masterplan that will allow Sturridge and £32.5million summer signing Christian Benteke to be part of the same forward line when the former Chelsea man is fully fit.

Rodgers is planning to play Benteke and Sturridge together in attack, just as he did when the 26-year-old joined forces with Luis Suarez two seasons ago to nearly power Liverpool to the Premier League title.

Benteke is regarded as an orthodox N09, while Sturridge is more penetrative from deep but the Liverpool coaching staff want to make full use of the pair’s goalscoring potential.

Sturridge has had a nightmare 12 months in which he has suffered four separate serious injuries but the England international remains highly regarded within the Anfield corridors of power.

He is expected to be given a major role when he proves that he is fully recovered from the hip problem that has sidelined him since the end of last season.

Reports have suggested Sturridge could be in line for a comeback on Saturday but the fixture is not considered a realistic date for him to return.
Sources have told Football Insider that the England international is weeks away from playing for the first-team, with Liverpool staff keen not to rush him back into action.
Brendan Rodgers has been publicly cautious about putting pressure on the England international, who was restricted to just seven Premier League starts last season.
“There’s no timeline on Daniel,” the manager said ahead of Liverpool’s last match against West Ham. “He’s obviously been away working in America. He’s come back and it’s just about him working hard to get back to somewhere near the level of the group.
“But there’s no time on it. He’s come back, he looks well and he’s really excited and happy to be back amongst his teammates. So we will just have to take that week by week rather than put any pressure on him by giving a time.”

Sturridge’s problems began when he suffered a thigh injury during a training session while on England duty last September.
He then picked up a calf problem in October and a second thigh problem in late November, missing five months in total before returning at the end of January.
The striker tore a hip muscle against Manchester United in March, and although he played in Liverpool’s next two matches, he needed an operation in early May.