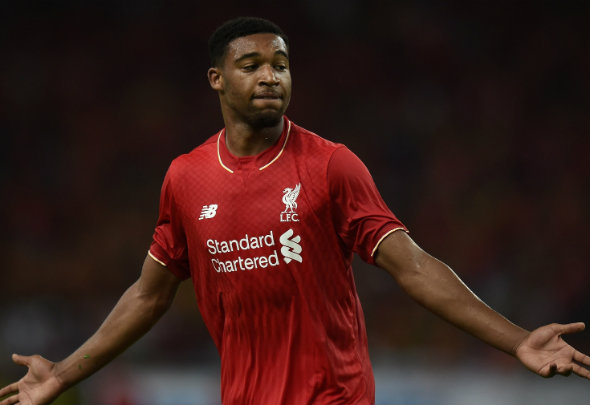 Jordon Ibe’s social media accounts are still missing any mention of Liverpool – despite the winger getting his wish for more game time in the last week.

Football Insider revealed that the 20-year-old wiped clean his Twitter and Instagram accounts of any reference to Liverpool after he was dropped from the matchday squad to face Stoke on 10 April.

However, Ibe found himself restored to Liverpool’s starting line-up last weekend with 78 minutes and a man of the match performance in the 2-1 win at Bournemouth and he then came on for an impressive ten minute cameo in the 4-0 rout against Everton at Anfield on Wednesday night.

The winger’s social media antics sparked a frenzy among Liverpool fans that he may pushed for a move away after he cleansed his Twitter and Instagram of any mention of his club and turned his profile pictures blank.

Ibe picked up an assist during the Bournemouth game after Daniel Sturridge connected with his excellent free-kick and was the liveliest of Jurgen Klopp’s substitutes against their Merseyside rivals with some subtle touches and a few fantastic drives from distance.

The winger came on while recent debutants Kevin Stewart and Brad Smith remained on the Liverpool bench, suggesting that Ibe is still firmly in Klopp’s thoughts.

But Ibe failed to demonstrate his satisfaction if his Twitter and Instagram accounts are anything to go by.

The winger has also failed to remove the cryptic message he posted a week ago that hinted at a summer exit.

Liverpool face relegation battlers Newcastle at home on Saturday with the first leg of the Europa League semi-final against Villarreal looming the following Thursday.

It means that Liverpool’s youngsters are most likely to get another run out with Ibe pushing for his tenth start in the league this season.

In other Liverpool news, Jamie Carragher has suggested one of Liverpool’s biggest earners needs to do more to impress Klopp.