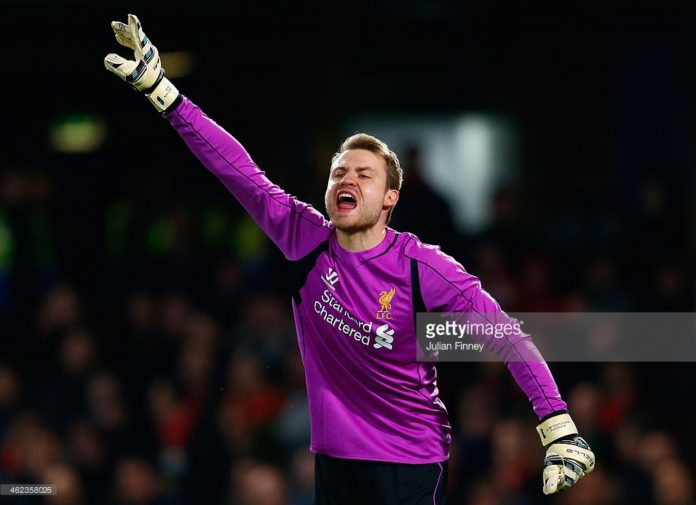 By North-west correspondent Alex Stevens
Simon Mignolet gifted Liverpool’s Europa League opponents Bordeaux the free-kick that led to their opening goal after keeping the ball for more than three times longer than rules permit.
The Anfield goalkeeper was penalised for holding on to the ball for 20 seconds during the first half against the French opponents in their clash at Anfield on Thursday night.
The rules stipulate keepers can do so for only six seconds and Liverpool were punished when the referee applied them and granted Bordeaux an indirect free-kick from 16 yards out.
Henri Saivet grabbed the opportunity by smashing the set piece into the top corner as Mignolet stood marooned to the spot.
It was an embarrassment for the home side and their Belgian No1 although Liverpool responded to going 1-0 down by scoring two goals before the break.
A James Milner penalty and a wonderfully-taken Christian Benteke goal gave the home side a 2-1 half-time advantage to keep alive Jurgen Klopp’s hopes of qualifying for the Europa League knockout stages with one group match to spare.
As the match stood at the break, Liverpool were on course to reach the round of 32.