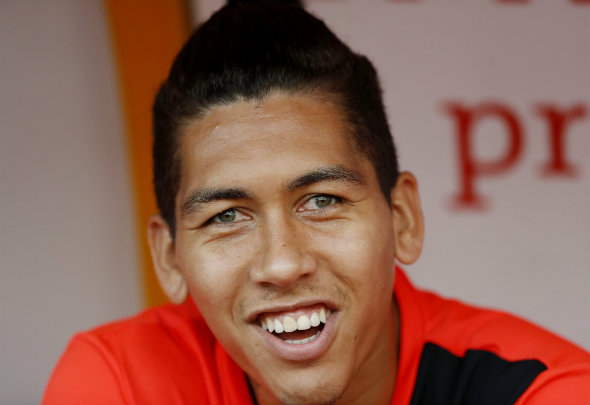 Roberto Firmino is a firm favourite with Liverpool supporters, but his latest piece of skill is something for all football fans to admire.

The Brazilian attacker came on to score Liverpool’s second in their 2-0 win over AC Milan on Saturday in California.

Firmino was sporting the ‘toxic and thunder’ green third kit recently unveiled by Liverpool this week and his outrageous nutmeg in the second half sent the watching crowd nuts on the sidelines.

The 24-year-old’s goal wasn’t half bad either, but it was made pretty special by Firmino’s seamless transition from goal scoring into celebrating.

Liverpool will play their final game in States against Roma on Tuesday in St Louis.

Jurgen Klopp’s men have been beaten just once so far in their pre-season friendlies, by Chelsea last Thursday, and will be hoping they can come back to England next week on the back of another victory.

Liverpool face Barcelona and former star player Luis Suarez next weekend at Wembley before ending their pre-season preparations against Mainz.

In other Liverpool news, Mamadou Sakho’s agent has commented on the reports of a fall-out with Klopp and if the defender is interesting Roma.