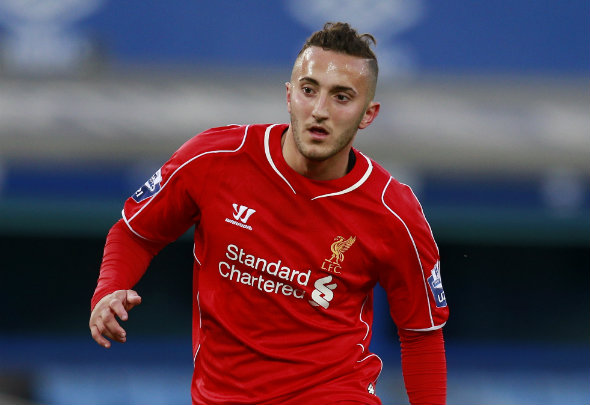 Samed Yesil admitted he wants to join Turkish giants Trabzonspor this summer after his contract with Liverpool expires.

The young attacker has struggled to break into the Liverpool first team since joining from Bayer Leverkusen in 2012 and is known to be a lifelong Trabzonspor fan.

Yesil’s Anfield career has been continually interrupted by serious injuries and the 22-year-old revealed he is eager to be involved in Trabzonspor’s 50th anniversary team.

“I have received offers from Trabzonspor for the past four years,” said Yesil speaking to Super Haber. “I would like to join the club for the 50th year anniversary.”

Yesil spent last season on loan with Swiss side FC Luzern, making 17 appearances and scoring four goals for the club including a hat-trick against FC Wangen in April.

The striker’s contract expires at the end of June and Liverpool are happy to let Yesil leave after he managed just two appearances for the senior team.

Liverpool paid Leverkusen £1million for his services, but it is now almost certain the player will leave after four frustrating years at the club.

Website Turkish-Football.com claim that an agreement is all but done with Trabzonspor after Yesil’s agent meet with the club’s representative in Turkey this week to agree personal terms.

Trabzonspor are gearing up for their 50th anniversary and aim to celebrate the occasion with a Turkisk Super League title after a disappointing season in which they finished 12th.

In other Liverpool news, the Reds are desperately trying to offload one of their goalkeepers.