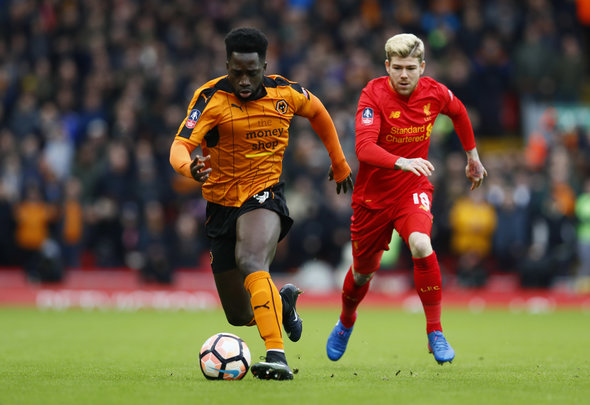 Football Insider rates the Liverpool players after their 2-1 defeat against Wolves in the FA Cup fourth-round clash on Saturday.

Loris Karius 5 – He could have demanded his box and tried to prevent the opening goal. Was left pretty helpless by his poor defence during most of the game.

Connor Randall 4 – The inexperienced youngster was given the chance to impress, but Trent Alexnader-Arnold appear to be streaks ahead of him.

Joe Gomez 5 – He was caught out several times by some smart runs in behind and showed his tactical naivety.

Ragnar Klavan 4 – He was meant to be the senior defender, but was all over the place. The whole backline were poorly organised when Liverpool conceded an opener from a free-kick, Klavan then played Andreas Weimann for Wolves’ second goal on the counter attack.

Alberto Moreno 3 – The defender, 24, had an absolute shocker. Endured a horrible afternoon and struggled to deal with Helder Costa. Was caught out of position on countless occasions and struggled to support the attack as he normally does.

Lucas 5 – The Reds captain was poor in the first-half and wasteful in possession, didn’t show much leadership.

Ovie Ejaria 6 – The 19-year-old looked the most adventurous Liverpool midfielder and tried to unlock the Wolves defence with some strong efforts.

Georginio Wijnaldum 4 – The Dutchman was ineffective and very much a passenger in the side. He offers very little going forward and is too safe in possession. Didn’t even break up Wolves counter attacks which punished Liverpool.

Ben Woodburn 6 – The youngster battled hard and was the only player to come out of the first 45 minutes with some credibility. Could be a first-team regular in the future.

Roberto Firmino 5 – Struggled in the first-half along with all his team-mates, but looked brighter when Philippe Coutinho was introduced.

Divock Origi 6 – The Belgian was once again quiet for the most part, but did manage to score a consolation goal with a simple tap in. He will hope to feature in the crucial Premier League match with Chelsea on Tuesday.

In other Liverpool news, Paul Merson has claimed this first teamer is not world class.