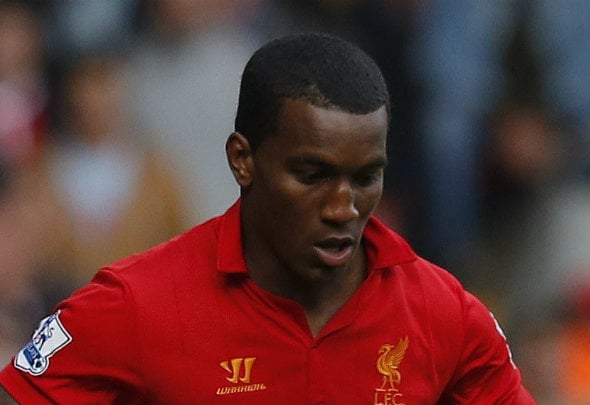 Liverpool defender Andre Wisdom is set to make his loan move to Red Bull Salzburg a permanent one, according to a report.

The Sun claim that the Austrian side have been impressed with the 23-year-old’s performances while at the club and are willing to sign him permanently in a £4m deal.

The Liverpool Echo had claimed Wisdom wanted to return to England after his loan spell but his current side may be able to convince him to remain in continental Europe.

Wisdom has played a bit of a squad player role at Salzburg, making just 14 league appearances on the way to a fourth successive league title.

However, the sporting director of the club, Christoph Freund, confirmed that they would be wanting to keep him past his loan spell.

The Sun report Freund as having said: “We will try everything to keep hold of Andre.

“He has been hugely important for us both on the pitch and off it.”

Wisdom has made 26 Premier League appearances for Liverpool since his debut back in September 2012.

Wisdom never seemed to settle in at Liverpool despite a bright start to his fledgling career. A powerful and pacey full-back, he never seemed to lack the attributes to succeed in the Premier League, but it appears he has been deemed surplus to requirements by Jurgen Klopp. The player never got the chance to play under the German manager, so perhaps the boss decided he simply did not fit into his preferred system. It is therefore probably best for both parties that he leaves Anfield in search of first team football. Whether he will want to remain in Austria is another matter, and it might be that we see him return to a Premier League or Championship club.

In other Liverpool news, James Milner has pinned the blame for dropping points against Southampton.