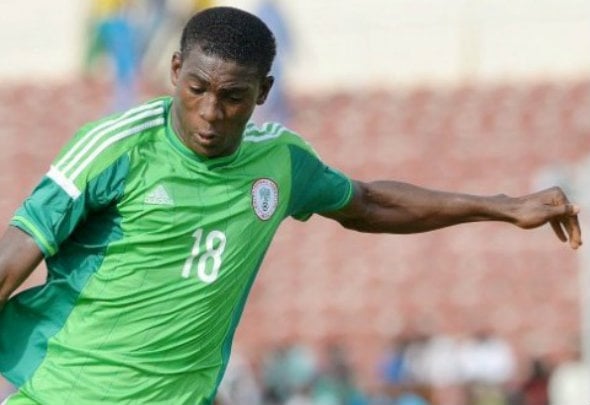 Liverpool starlet Taiwo Awoniyi is set for a move to Dutch side NEC Nijmegen, according to a report.

Nigerian football website All Nigeria Soccer claim the 19-year-old forward is set to complete a season-long loan move to the Eredivisie club this week after the correct work permit details are finalised.

It is said the youngster completed his medical early last week and the transfer will be announced once the papers are finalised.

“Nothing is delaying Awoniyi’s move to NEC Nijmegen, all is sealed and settled,” All Nigeria Soccer quotes a source.

“The rule in Holland is a little different. Until the work permit is granted, NEC can’t make the transfer official but we hope it is granted this week.”

The Ilorin-born starlet joined Liverpool in 2015 and was immediately loaned out to FSV Frankfurt to gain first-team experience.

Awoniyi scored one goal in his fourteen appearances for the German club, but will be hoping to make a bigger impact in the Netherlands with NEC.

Awoniyi has made six appearances for Nigeria Under-23s, scoring two goals in the process.

In other Liverpool transfer news, this Reds defender is set to be offered a loan move away from Anfield.