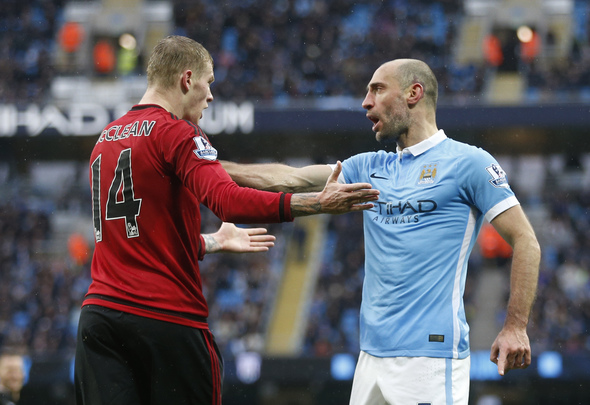 Versatile defender Juanma has joined Liverpool on trial, according to the club’s youth-team manager Michael Beale.

The former Barcelona youngster, who has been compared to Manchester City ace Pablo Zabaleta, has flown to Merseyside to spend a week with the Premier League giants ahead of a possible summer move.

Juanma – full name Juan Manuel Garcia – has already played one match during his stay in England.

He started at left-back for Liverpool Under-21s in their friendly against Welsh Premier League outfit Rhyl FC.

Juanma, 19, produced an impressive debut as he delivered a perfect cross for Brooks Lennon’s goal as the Reds ran out ready 4-1 winners.

Liverpool Under-21s manager Michael Beale admitted after the game that the player was someone he was keen to have a look at.

“Juanma is a boy who’s come in to spend the week with us with a view to maybe seeing more of him,” Beale said, as quoted by the Liverpool Echo. “He’s only had a couple of days training with us, speaks very little English but you can see a very good player. He had a fantastic assist for Brooks Lennon.

“I quite like him, he reminds he a little bit of someone like a Pablo Zabaleta-type player, a nice player.

“He was at Barcelona so we’ll have a look and see how we go with him. He played with (fellow Academy players) Madger Gomes and Pedro Chirivella with Spain so we’re quite familiar with him.

Juanma played as a centre back and a left back during his time at Barcelona, where he progressed through from the cadet team to Barcelona’s Youth B team and then to the A team, where he made 17 appearances in the UEFA Youth League, including six as captain.

It is not the first time Liverpool have moved to take a player with experience of Barcelona’s La Masia academy.

In 2013, the Academy picked up Sergi Canos from the same place and, after a couple of years at the Academy and an impressive loan spell at Brentford last season, he moved to Norwich earlier this month for a fee of £2.5million rising to £4.5million.

Another youngster in the Academy after leaving Barcelona is Bobby Adekanye, a flying 17-year-old winger whose first season was dogged by injury but who remains full of potential.

In other Liverpool transfer news, this is what new signing Georginio Wijnaldum said when asked about his best playing position.