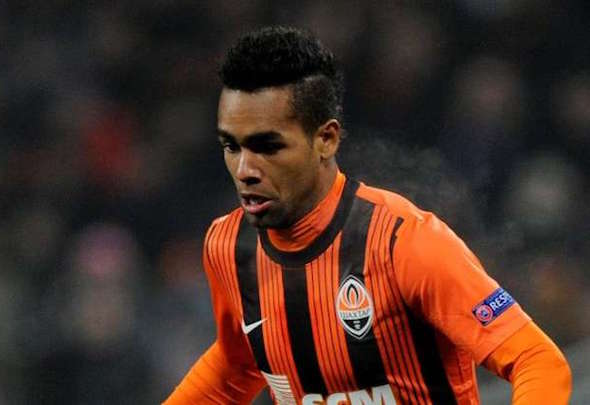 Mircea Lucescu has claimed Alex Teixeira is the best of the three Brazilian attacking stars he has managed at Shakhtar Donetsk.

The long-serving Shakhtar boss compared the Liverpool target to Angel Di Maria in his capacity to change the fortunes of a team.

Lucescu is convinced that Teixeria is even better than countrymen and fellow attacking midfielders Willian and Douglas Costa, who had big-money moves from the Ukrainian club to Chelsea and Bayern Munich respectively.

Both Brazilians have been huge successes at their current clubs but Lucescu, manager of Shakhtar for the last 12 years, believes Teixeira is the best of the trio.

“He’s worth €50million (£38million),” explained Lucescu at a media briefing on Tuesday night. “He’s incredible, very fast, very good technique. I compare him with other players of the same age who changed [the fortunes of] a club, Di Maria for example at Paris Saint Germain.

“Teixeira can be at the same level, better even. He doesn’t get injured, and every year he gets better and better.”

Liverpool are increasingly confident that a third offer for Alex Teixeira will be successful after a breakthrough in talks with Shakhtar.

The Merseysiders have had two bids, of £24.6million and £29million, rejected by the Ukranian club but discussions are ongoing and the two clubs are close to an agreement.

Chelsea are also tracking the Brazilian playmaker but Teixeira has informed Shakhtar he wants to move to Merseyside.

“I don’t want to keep a player against his desire. He wants to play in a big championship,” Lucescu explained. “Our president knows when it is the time for Teixeira to go.”

The attacking midfielder has scored a staggering 22 goals in 15 league matches this season, and has struck 26 times in 26 appearances in all competitions for the Ukranian club.