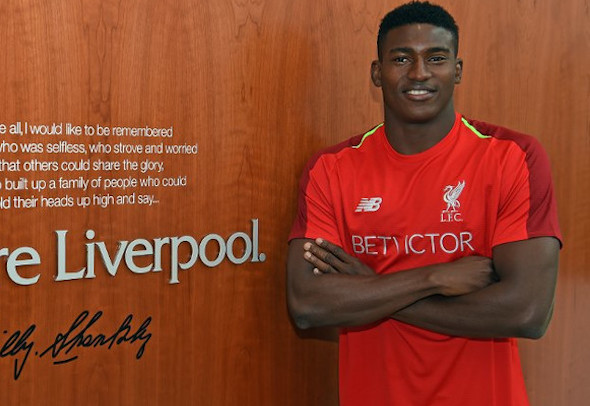 Liverpool are confident of making a £10million profit on striker Taiwo Awoniyi if they sell him this summer, Football Insider understands.

The 21-year-old has yet to play for his parent club in a senior game since signing on a long-term deal in August 2015 from Nigeria’s Imperial Academy.

But Awoniyi is earning rave reviews in what is currently his fifth loan spell outside of England with Belgian side Mouscron, where he has scored seven goals in his last 11 matches.

The player spoke this week of his frustration at failing to secure a work permit to play in England, telling BBC Sport he will return to Anfield at the end of the season for crunch talks on his future.

A source close to the player told Football Insider Liverpool are gearing up for the possibility of selling Awoniyi this summer if there is no work permit breakthrough, which could hinge on the outcome of Brexit negotiations as well as the player establishing himself in the Nigeria national side.

There is interest in the powerful striker from a host of French, Belgian and German clubs although Liverpool’s preference would be to keep him and loan him out to a lower Premier League outfit or an upper Championship one.

The source said if a work permit cannot be secured then the Merseyside giants are hopeful of making a £10million-plus profit on Awoniyi, who cost around £400,000.