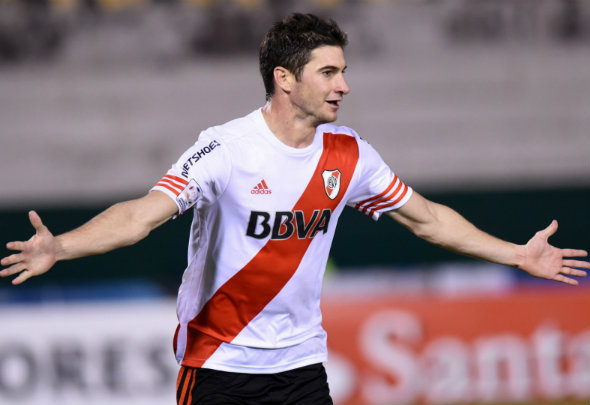 Liverpool have been hit by a tangled web of red tape in their bid to sign Lucas Alario from River Plate, according to a report.

The Argentine club own just 30 per cent of the striker and the rest of Alario’s economic rights are controlled by an investment group linked to his former club, Colon.

The Mirror claimed on Thursday that River Plate have an agreement in place to buy another 30 per cent of Alario’s rights for £950,000 in May and were confident of securing the final 40 per cent.

However Liverpool’s interest in the player has reportedly driven up his price-tag to £9.5million and has complicated River’s proposed deal to snap up Alario in his economic entirety.

The 23-year-old has caught the eye of Jurgen Klopp and his recruitment team after a string of impressive performances for River since his move to the club last summer and reports have suggested that Liverpool have already tabled a £5.6million bid for the promising attacker.

Alario has netted ten times in 22 appearances this season, but has yet to play outside Argentina.

The Merseysiders must purchase Alario outright from River and the investment group because the Premier League forbids third party ownership of players.

The report claimed the investors are now demanding something close to £4million for the remaining 40%, with River only willing to sell to Liverpool when they are the outright owners of Alario.

If Liverpool consent to a £10million transfer in the summer, it is expected that figure would satisfy all three parties as River could still make a profit on their hitman.

Alario was on the scoresheet for River’s most recent league encounter with Banfield in a 1-1 draw..

In other Liverpool news, the club has been boosted by the news of one attacker’s return to training ahead of their Premier League clash with Tottenham on Saturday.