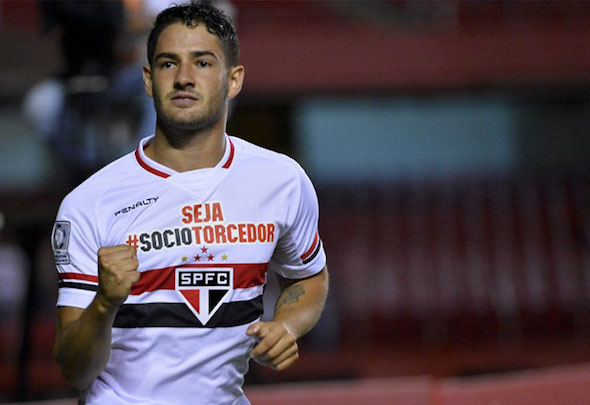 Alexandre Pato has agreed to join Liverpool in January, according to Corinthians president Robero de Andrade.

The 26-year-old striker, once tipped as the next Brazilian star, is said to have an “agreement in principle” to make a shock move to Merseyside.

Pato on loan at Sao Paulo from Corinthians until December but revealed this week that he will not be extending his stay.

The former AC Milan spearhead moved back to Brazil from Italy in 2013 and has admitted he is hoping for a move to England or Spain in the new year.

The Corinthians chief De Andrade claims that the deal for Pato to join Liverpool in the winter transfer window is all agreed bar “a few missing details”.

Speaking to Tutto Mercato Web, he added: “There is an agreement in principle with Liverpool for the transfer in the coming weeks.

“Liverpool await, there are a few missing details, but Klopp will have a new reinforcement and for Pato the Premier League will be a new springboard.”

New Liverpool manager Jurgen Klopp is short of firepower, with Daniel Sturridge still struggling to shake off a persistent knee injury and Danny Ings ruled out for the season with a cruciate ligament injury.