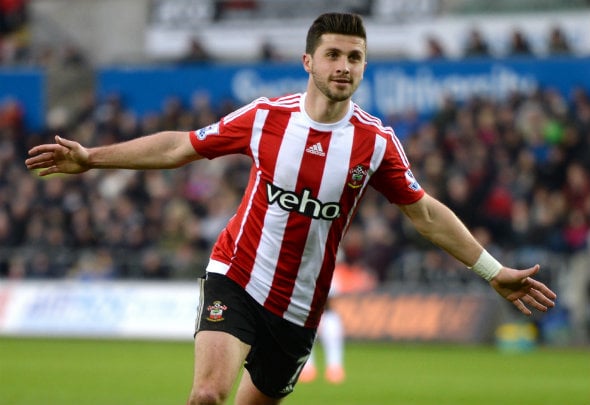 Southampton are preparing contract extensions for Shane Long and Sadio Mane as they look to fend off interest from Liverpool and Tottenham, according to a report.

The Saints duo have both had impressive seasons for their club with Long enjoying his best ever season in front of goal and Mane continuing to stake his claim as one of the Premier League’s most coveted wingers.

The Mirror claim the top clubs’ interest and the reported imminent departure of Ronald Koeman has sparked Southampton into action.

The Saints are now thought to be in the process of offering Long and Mane booster deals in an effort to convince them to snub the interest from Liverpool and Tottenham.

Liverpool are believed to have already made their interest in both players known, while Spurs manager Mauricio Pochettino was spotted at the Republic of Ireland game with Holland sitting beside Long’s agent.

Long, 29, scored 13 goals and provided six assists in 34 appearances in all competitions this season and has reportedly been earmarked by Liverpool and Tottenham as the perfect striker to fit into their hard working and high pressing sides.

Mane enjoyed an even more impressive campaign, considering he is a winger, with 15 goals and nine assists from 43 games and has been mooted to also be attracting the attentions of Manchester United.

Both players have two years left on their current contracts and Southampton are confident they can convince the duo to sign extensions.

Mane, 24, is believed to be the least concerned about Koeman’s exit after allegedly falling out with the Dutchman towards the end of the season.

In other Liverpool news, a Reds attacker has sent his agent to approach another club over a possible move.