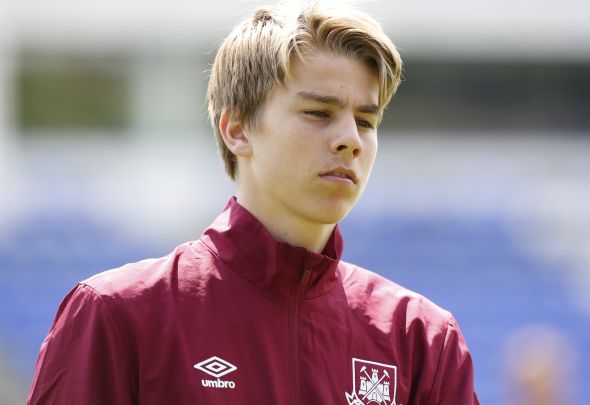 West Ham star Martin Samuelson has revealed he could return to east London after failing to get regular playing time with Blackburn Rovers.

The Norwegian international scored his first goal for his country in just his third cap during the international break, as Norway beat European minnows San Marino 4-1.

But Samuelson, 19, has found his form on the pitch a lot harder to come by back in England after making just one start for Owen Coyle’s side since making a season-loan move to Ewood Park.

Samuelson, who plays as an attacking midfielder or as a winger, told the Norwegian outlet VG that he hopes to make more of a regular appearance or he could end his Blackburn loan.

“It has been a tough start, you can say, both for the team and for me,” Samuelson told Norwegian outlet VG.

“That’s football. Sometimes it takes a little longer than other times. When I get the chance, I’ll take it.

“I’m tied to the team for the season, but with a clause to terminate the deal in January. But if both parties want me to return, then it is natural for me to do so.”

Samuelson has featured three times for the Lancashire-based side, starting against Yorkshire giants Leeds in the EFL Cup as well as making substitute appearances against QPR and Rotherham.

The former Peterborough loanee has made two appearances during his West Ham career, lasting a combined 30 minutes in the Europa League last season.

Samuelson has a contract with the Hammers until the summer of 2020 and could look to make a different move in January if he continues to be overlooked by both West Ham and Blackburn.

In other West Ham news, Slaven Bilic has dropped this selection hint ahead of the Hammers’ Premier League tie against Crystal Palace.