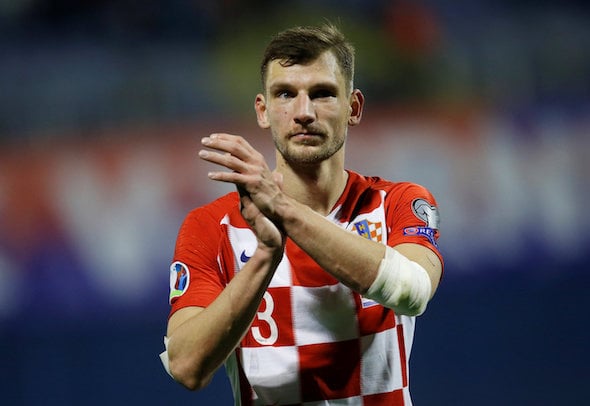 Jackie McNamara has urged Rangers to cash in on left-back Borna Barisic after his underwhelming debut campaign.

Speaking exclusively to Football Insider, the Scotland and Celtic legend was impressed by the Croatia international in his early Ibrox days before he “disappeared”.

Football Insider revealed earlier this week that Rangers are confident of making a profit this summer on Barisic, 26, as they prepare to listen to offers for him.

The left-back was signed from NK Osijek for a fee of around £2.2million last summer after he had impressed Steven Gerrard and the Ibrox staff in a Europa League qualifier against them.

“He looked good, and then disappeared,” McNamara told Football Insider. “He caught my eye when I watched him against Rangers and started quite well when he came to Scotland.

“His delivery from wide areas was good and he was a threat on the overlap. But then he was in and out of the side, and didn’t play at all at the end of the season, so he couldn’t have impressed the manager in training.” Barisic did not make the starting line-up for the last seven league matches of the campaign and his debut campaign for the Glasgow giants amounted to just 22 appearances.

However, the defender has been named in the Croatia squad for their forthcoming Euro 2020 qualifiers as he looks to add to his six international caps.