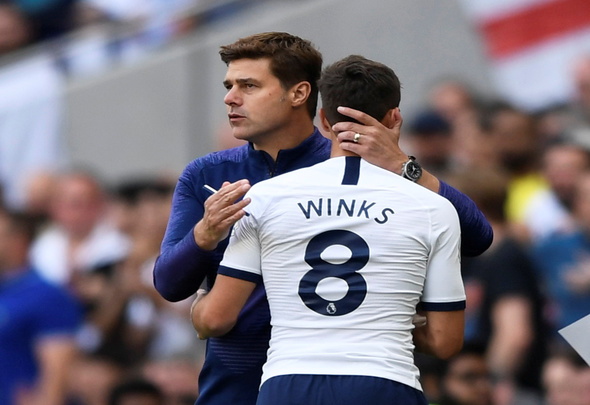 Danny Mills has admitted he is perplexed by Tottenham midfielder Harry Winks and says the first-team mainstay cannot consider himself safe from the axe under Mauricio Pochettino.

The former Manchester City and England full-back, speaking exclusively to Football Insider, says that he cannot figure out what the 23-year-old’s best role in the team is, despite acting as a mainstay for the Lilywhites this season.

The England international has started all six of Spurs’ Premier League games with the likes of Moussa Sissoko and Tanguy Ndombele coming in and out of the midfield alongside him.

However, Mills says that the Spurs youth graduate cannot consider himself as having nailed down a starting role, questioning whether he has a best position or whether he is a jack of all trades in the centre of the park.

Asked if Winks was safe from the axe in the midfield, Mills told Football Insider: “No, I wouldn’t (think so) in all honesty. He’s a very good footballer, he’s a good midfield player but what is his actual position?

“That’s sometimes the problem – having good players but working out what their best position is.”

Winks has played over 100 times for Tottenham since breaking through the youth ranks in north London, his performances helping him pick up three caps for England.

He managed to feature 41 times across all competitions for Spurs last season, with a groin injury, which required surgery, ruling him out for the final months of the campaign.

In other Tottenham news, Darren Bent has torn into one Spurs star who has been off the boil for “years” when speaking to Football Insider.