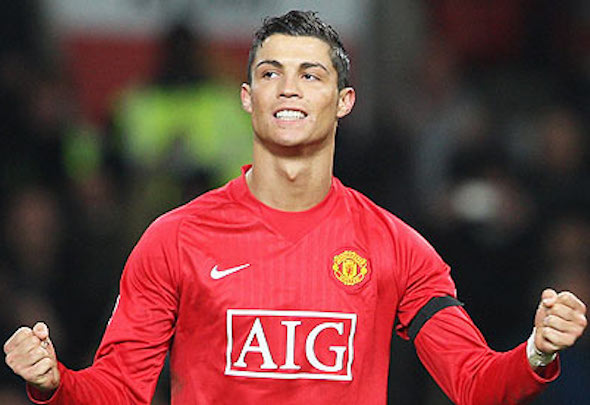 Louis van Gaal has paved the way for a sensational reunion with Cristiano Ronaldo by declaring that Manchester United will bid for the player if he decides to leave Real Madrid.

As revealed by Football Insider, United are ready to commit a total package of £200million in a bid to entice Ronaldo next summer.

A United boardroom source has said the Premier League giants are willing to make the Portugese mega-star their top earner with a £20million-a-year-contract as well as pay Real a world-record fee of £120million.

In the strongest public indication yet that United will push for the reigning World Player of the Year, Van Gaal confirmed Ronaldo is in his thoughts.

“He plays on the wings and he is fast and scores goals. I don’t think there is a trainer in the world that doesn’t like him,” said the United boss at his media briefing on Friday.

“Of course we would look. We are looking at all the players, not only Ronaldo, but these players are mostly not to get. Let’s wait, and hope.”

Given the financial sums involved in such a deal, Chelsea and Paris Saint-Germain would be United’s most realistic rivals for the 31-year-old, with Ronaldo saying recently he wouldn’t want to wind his career down in America or Qatar.


The reigning World Player of the Year will have only two years remaining on his Real contract at the end of the season and there is genuine hope from the English club that he could be open to leaving the Bernabeu.
Although Ronaldo’s influential agent Jorge Mendes has talked down the possibility of the player leaving Madrid, the player himself has left the door ajar with his public comments.
Speaking to promote his new biopic Ronaldo, which was released a fortnight ago, the Portugese said: “As I say many times, the future, nobody knows. This moment, I am glad and happy at Real Madrid but in the future, nobody knows.”
The money involved in United’s Ronaldo bid demonstrates how far the club are willing to go to given Van Gaal a squad that can battle for the biggest trophies.
The Premier League club told investors last month that club revenues are expected to break the £500million-barrier this season, with their lucrative return to Champions League competition coinciding with the first year of their world-record kit sponsorship deal with Chevrolet.

United’s top earners are currently skipper Wayne Rooney and Bastian Schweinsteiger, with both on a basic salary of £250,000-a-week.
But the Premier League club are ready to go much further to bring Ronaldo back from Spain and offer a package that exceeds those offered to the likes of Thomas Muller and Sergio Ramos during the summer.
Ronaldo, who turns 31 in February, is regarded by the Old Trafford hierarchy as a genuine United target who can elevate the team.