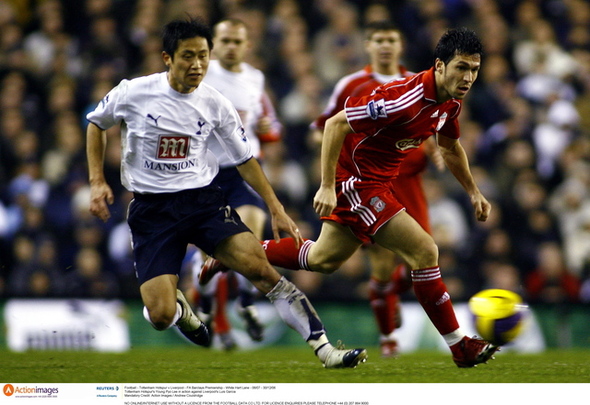 Liverpool fan favourite Luis Garcia has labelled former teammate Mohamed Sissoko as “crazy” due to the amount of running that he used to do.

The 38-year-old Spaniard joined Liverpool in 2004 and was a part of the team for three years before leaving for Atletico Madrid in 2007.

He played with a number of Reds greats, but he believes Sissoko, now 32, was the fittest in the team during his time with the club and has hailed the amount of work the defensive midfielder used to put in.

“Fittest, Momo Sissoko. I was surprised by how much he was running. He was running 12 or 13 kilometres every single game, he was a crazy, crazy player,” told Garcia to LFCTV, as quoted by the Liverpool Echo.

Sissoko joined Liverpool from Valencia in the summer of 2005 for a fee of £5.6million.

He was considered a key player for the Reds during his three years at the club and starred in 86 matches for the famous side before making the switch to Serie A giants Juventus for £9million.

His career has since petered out and after spells in China and India he is currently struggling to break into Italian second division side Ternana.

Liverpool have certainly missed a defensive midfielder like Sissoko in his prime, but fans will be hoping Jurgen Klopp will be able to unearth another gem in the summer window.

In other Liverpool news, Dirk Kuyt has revealed this Premier League club were interested in him on deadline day.