Nakamba earned just his fourth Premier League start of the season against Leeds United on Saturday as Villa kept up his record of not conceding a goal with the Zimbabwean on the pitch. 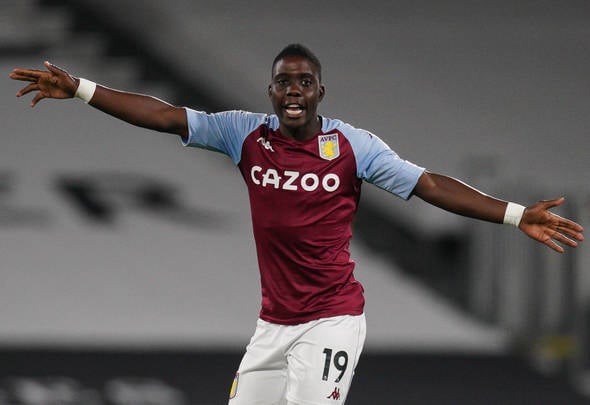 The midfield general won all of his duels and recorded five interceptions at Elland Road, according to sofascore.

Asked whether Smith will name a more attacking line up against the Blades, Agonlahor told Football Insider correspondent Connor Whitley: “It’s hard to judge because Jacob Ramsey is very good going forward. It depends on what the manager’s thinking.

“Villa will definitely be more attacking so you’ll maybe see Douglas Luiz come back in.

“Dean Smith might think to himself the team he had against Leeds could be more attacking – it’s just about tweaking the tactics.

“It’s very difficult. Douglas Luiz has been outstanding and he’s had a little breather. I’m sure he’ll come back into the side.

“Nakamba has been outstanding but, no offence to Sheffield United, Villa shouldn’t be thinking about a defensive-minded player like him.

“It might be the sort of game where Nakamba comes out for a more attacking midfielder in Luiz. Then you look at bringing Nakamba back in for the Wolves game.”

In other news, there has been a big update on Aston Villa signing Ross Barkley as his price tag and Dean Smith’s thoughts are revealed.