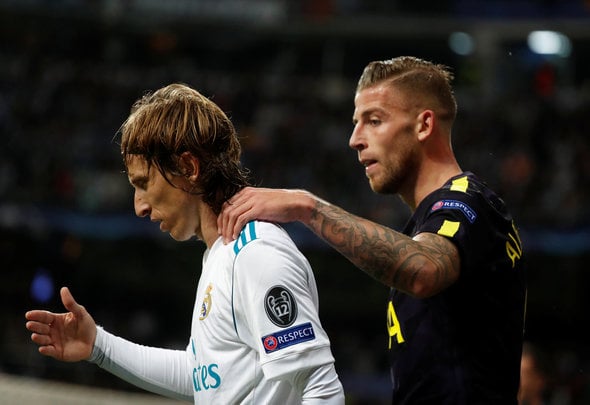 Real Madrid midfielder Luka Modric has said he is happy to see his former side Tottenham succeeding and says the club has changed in “every aspect” since he left.

The Croatian midfielder spent four years in north London, having joined from Dinamo Zagreb in the summer of 2008, before departing for the Bernabeu in 2012.

While he did not pick up any silverware while at Spurs, he did help them reach their second consecutive League Cup final in 2009, although they were unable to defend their title, while he also played a key role in the side which reached the Champions League quarter finals in 2011.

However the 32-year-old says that looking at the club now, everything has changed thanks to investment from Daniel Levy, with the club now challenging for the Premier League title and a constant fixture in the Champions League.

He says he is delighted to see them succeeding and believes that they have what it takes to pick up their first Premier League title if they continue their current form.

When asked by talkSPORT if his former side could win the English top flight title, he said: “I think so. If they continue in this way why not?

“Tottenham, since I left, is improving as a club in all aspects – on the pitch, outside they have a new training ground, a new stadium is coming.

“They are investing a lot.

“Two years in a row they are close to winning the title in the Premier League, which in the past was not the case.

“I am happy to see Tottenham improving and fighting for the Premier League title.”

Modric made 160 appearances for Tottenham, scoring 17 goals and chipping in with 27 assists, but is now lining up against his former side, having started in Real Madrid’s 1-1 draw with Spurs in the Champions League group stages.

He is likely to keep his place in the first team line up when they visit Spurs at their temporary home of Wembley in the return tie on November 1.

In other Tottenham news, the club are lining up a swoop for a 20-year-old midfield revelation.