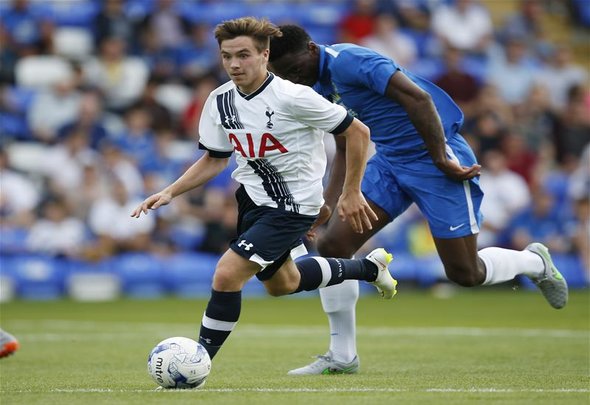 Burton manager Nigel Clough has told how loanee Will Miller turned away Tottenham’s attempt to move him to a League One club in January.

The 20-year-old attacking midfielder joined the Championship club on loan in the summer in an attempt to gain more first team experience.

However, he has struggled to earn a consistent place in the Midlands side’s first team and with just one game remaining in Burton’s season he has competed in just 14 league fixtures.

But, with Burton having already secured their safety in the English second tier boss Clough has told how he will reward Miller’s refreshing attitude with a start in their Sunday fixture against Reading.

“It’s incredible, his attitude,” told Clough, as quoted by the Burton Mail.

“But he said, ‘I’m happy here, I like being around the first team and I want to try to help them stay up’.

“So he’s going to be rewarded with a start on Sunday.”

Miller has not yet made his debut for the Tottenham first team and given his struggles to break into the Burton side it is unlikely he will make it in the Spurs senior side.

However, his hailed attitude could help him become a better player in the future and he may still manage to build a career in the top divisions in England.

The Burton loan is Miller’s first taste of senior football and he will also be hoping it can set him on his path.

In other Tottenham news, a BBC pundit has stated he could not understand why Spurs signed this player.