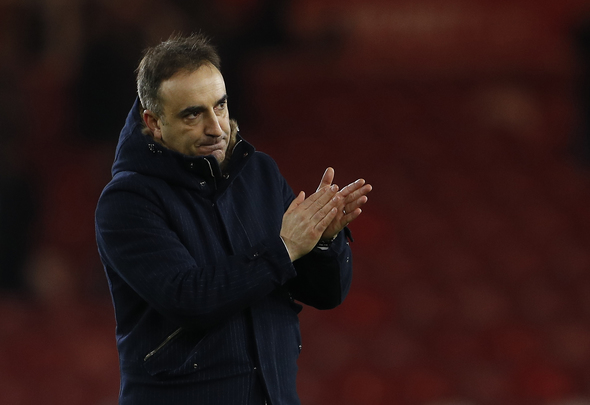 Sheffield Wednesday manager Carlos Carvahal has confirmed that Keiren Westwood has sustained a rib injury ahead of his side’s clash with Leeds United on Saturday.

Westwood, 32, missed the Owls’ 1-0 loss at Birmingham on Wednesday night and it seems that he may be out of contention for this weekend’s big Yorkshire derby showdown at Hillsborough.

The Republic of Ireland international has been in hot form for Wednesday in recent seasons and it proved to be a major blow at St. Andrew’s when Carvahal’s men lost to managerless Birmingham.

Sheffield Wednesday will be lucky themselves to not be managerless for their clash with Leeds at the weekend with calls for Carvahal to be sacked growing ever louder after another poor defeat.

Speaking after the match, the Hillsborough boss confirmed Westwood’s injury blow but didn’t make it clear whether or not he will be able to return against the Whites.

“Keiren Westwood has a problem with his ribs and the medical department advised he go out for this game,” he said, as quoted by Wednesday’s official Twitter account.

“Of course we prefer to have Keiren available but we have full confidence in all our goalkeepers.”

CC: Keiren Westwood has a problem with his ribs and the medical department advised he go out for this game #swfcLIVE

CC: Of course we prefer to have Keiren available but we have full confidence in all our goalkeepers #swfcLIVE

Westwood is one of the most senior players at Sheffield Wednesday having signed for them three years ago, he has been an invaluable member of the first-team squad.

He has made nine appearances in the Championship this season, keeping two clean sheets in the process.

However he was not on form at the weekend when his side slumped to a 4-2 home loss to Sheffield United in the Steel City derby.

In other Leeds United news, actor Russell Crowe has made a very bold prediction about the Whites should they return to the Premier League.