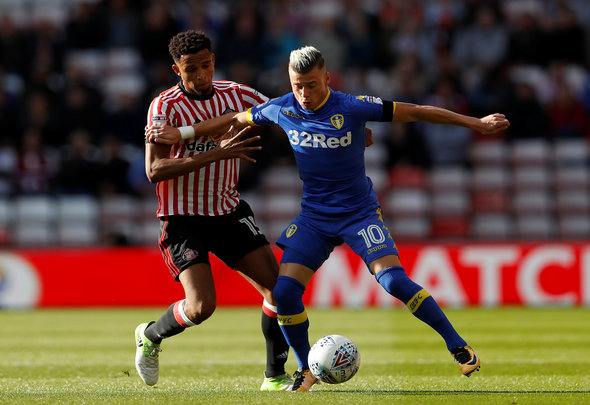 By Richard Parks
Sunderland manager Chris Coleman is baffled that Everton did not terminate Brendan Galloway’s season-long loan at the Championship club during the January window.
The Merseyside big hitters had the opportunity to activate a release clause in the left-back’s spell at the Black Cats.
Galloway, 21, has only made eight appearances across all competitions for the relegation strugglers this season and hasn’t played in the league for them since December 9 despite their lowly position.
Ex-manager Simon Grayson sanctioned the Harare-born player’s arrival but, since Coleman became manager, the Everton loanee has made just two appearances off the bench.
The former Wales manager has admitted his surprise that the Premier League club did not summon the youngster back to Goodison Park or secure another loan for him for the second half of the campaign.
“Brendan is a lovely kid and he has been working hard but he has lacked game time,” said Coleman, as quoted by the Liverpool Echo.
“He’s here to get game time and he is not getting it, you don’t want to waste the boy’s time, it is a critical stage for him.
“We thought maybe Everton would want to take him back, maybe loan him out somewhere else, even in the division below, but that wasn’t the case.
“So Brendan is still here, and he is a cracking boy, who knows, we may need to call on him yet.”
Sky Sports’ correspondent Keith Downie previously claimed on his personal Twitter account in January that Galloway had informed Everton that he wanted to leave the Championship club in order to join League One’s MK Dons.
It is the second loan spell in consecutive seasons that has turned sour for the Premier League man after he struggled for game time while at West Brom last season.
In other Everton transfer news, the club are involved in a last-gasp transfer hijack, according to Sky Sports News.
Don’t miss out on breaking and exclusive Everton and Sunderland news by clicking here for our brilliant 24/7 updates on Facebook, Instagram and YouTube