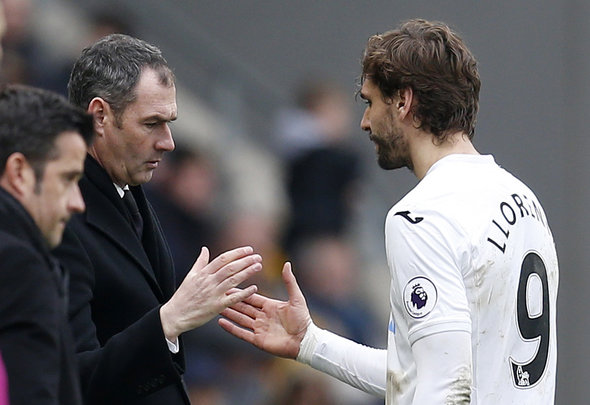 Swansea manager Paul Clement has described the fitness of attacker Fernando Llorente as “touch and go” ahead of the match against Tottenham.

The 32-year-old is a key part of the Swans set-up and missed Saturday’s 0-0 draw with Middlesbrough due to an ankle injury.

Clement has revealed that the forward’s return is a possibility against Spurs, but expects it to be a tough call, as cited by Swansea’s official Twitter account.

PC on injuries 🗣: "All those that played yesterday are fit. @llorentefer19 is touch and go. It will be tight, but it is a possibility." pic.twitter.com/q56frHQWxa

Llorente has been pivotal player for Swansea this season and his return would be a major boost.

The Spaniard has scored 11 goals in 28 appearances for the Welsh club and has a lot of pressure on his shoulders to help the club avoid relegation.

Clement’s side are just one point above the relegation places and are set for a nervous finish this season.

Meanwhile, Spurs are at the opposite end of the table and are currently second-place.

The north London club will be pushing for three points when they face Swansea as they look to close the seven-point gap to leaders Chelsea.

Mauricio Pochettino’s side are without their star striker Harry Kane due to injury, but have proved recently that they have a strong enough squad.

They have won their last five consecutive games across all competitions and beat Swansea 5-0 in the previous meeting this campaign.

In other Tottenham news, Gary Neville has delivered his verdict on the club’s title chances.