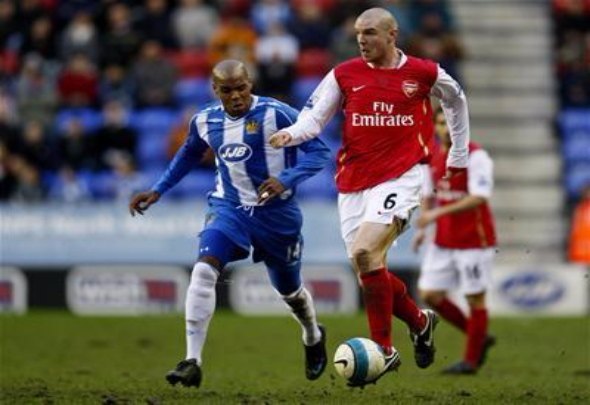 Mark Warburton has revealed that Rangers could finalise the signing of Philippe Senderos by Wednesday night.

The Scottish giants have been pursuing the former Arsenal centre-back, who spent a week training with the club with a view to a transfer.

Speaking at a press conference on Wednesday, Rangers manager Warburton said the club will shortly know if the deal will be complete.

“Hopefully we will come to a conclusion with Senderos soon. It could be today or could be next week,” said Warburton, as quoted by the club’s official Twitter account.

MW: hopefully we will come to a conclusion with Senderos soon. It could be today or could be next week.

Warburton is looking to bring a new centre-back to the club after former Aston Villa defender Joleon Lescott rejected a move to Ibrox last week.

Senderos, who joined Arsenal in his teens, spent most of his career in the Premier League, and also had spells at Everton, Aston Villa and Fulham.

The experienced centre-back is a free agent after his six-month contract at Swiss club Grasshoppers expired in July.

It was at the Gunners where the 57-time capped Switzerland international made his name.

During his time at Highbury and the Emirates, Senderos starred in 117 fixtures in all competitions between 2003 to 2010 and won the FA Cup.

Warburton has been keen to add experience to his newly-promoted side, with the additions of Joey Barton, Clint Hill and Niko Kranjcar to his team.

The Ibrox club have played three Scottish Premiership matches since returning to the top-flight after four-years away.

The country giants sit at the top of the embryonic table with two wins and a draw, although fierce rivals Celtic have a game in hand.

In other Rangers transfer news, Manchester United are hoping to beat the Gers to the signing of Livingston 16-year-old Matthew Knox.