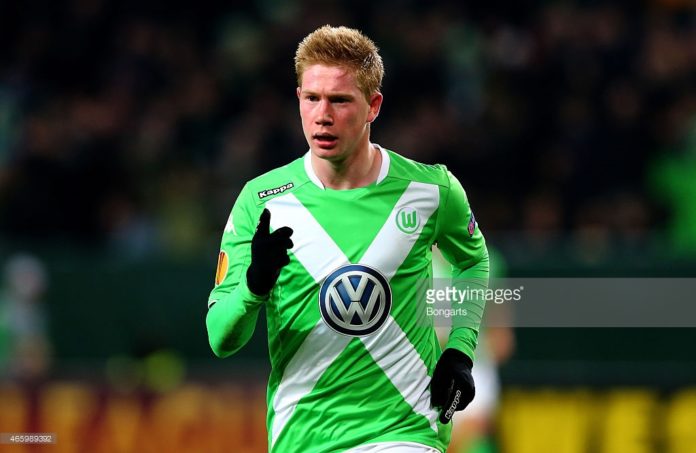 The 2014 Premier League champions are increasingly hopeful of sealing deals for their two prime targets this week.
Football Insider understands that City have agreed to sign defender Nicolas Otamendi from Valencia for a fee of £28.4million, but the deal could hinge on the UK club allowing Eliaquim Mangala to head the other way on loan.
Otamendi, 27, is on standby to fly to the UK on Monday to complete the formalities of the transfer to Etihad Stadium.
But City are reluctant to allow Mangala to leave this season, which could scupper the deal to sign the Argentine centre-back.
The Premier League club made a breakthrough over the weekend in talks with Valencia about signing Otamendi, who, ironically, formed a strong partnership with Mangala when they played together at Porto before both left in 2014.
Further discussions about the deal will now take place on Monday.
Meanwhile, Manuel Pellegrini remains hopeful of adding De Bruyne to the team that convincingly beat champions Chelsea 3-0 on Sunday.
Football Insider revealed last week that the Belgium international has informed his club Wolfsburg that he wants to move to City.
The Premier League club have tabled a new offer, believed to be close to £50million, for the Belgium international after Wolfsburg rejected an initial bid last month.

Club chiefs turned their attention to landing the 24-year-old following his outstanding 2014-15 season for the Bundesliga club.
The attacking midfielder was a key player in Wolfsburg’s second-placed Bundesliga finish, scoring 10 goals and contributing 21 assists. He weighed in with a further seven assists and six goals in the cup competitions en route to helping Wolfsburg clinch the German Cup.
De Bruyne has four years remaining on his contract but has spoken of his ambition to prove himself at one of Europe’s biggest clubs following his frustrating spell at Chelsea.