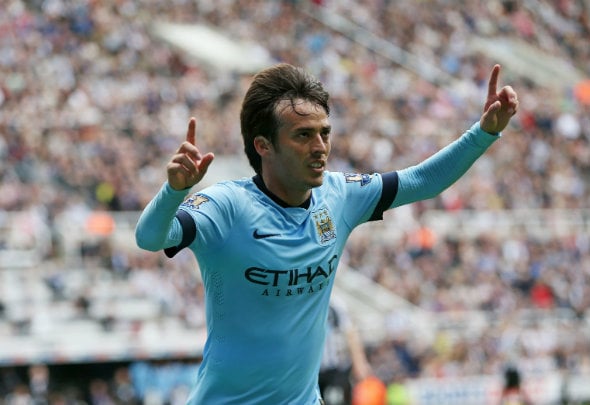 By Tony Hughes
David Silva is a better player than Mesut Ozil, according to Jamie Carragher.
The Sky TV pundit claimed on Monday night ahead of the Arsenal-Manchester City clash that the Spanish playmaker is a “cut above” Ozil’s German star.
Ozil has been one of the outstanding players of the Premier League season, supplying 13 assists in the competition, six more than his closest rival and seven more than Silva.
The City man missed nearly two months with an ankle injury and Carragher is confident their statistics would be broadly similar if the Spaniard had remained fit.
The former Liverpool defender has been impressed by Ozil this season but is adamant that Silva’s consistency makes him a more effective player.
“This season Ozil is at the level of David Silva, but David Silva has been doing it for four or five years,” Carragher told Sky Sports’ Monday Night Football programme. “They are very similar, both like to play in the pockets, both play in the No10 role and both left-footed.


“If I was going to talk about the difference between the two, Mesut Ozil turns games. David Silva runs games. That’s why I would Silva just ahead of him and that’s the level for Mesut Ozil to go to.”
Asked which player he would want in a tight match like Monday night’s Premier League showdown, Carragher said: “Silva, every time. I still think Silva is a cut above him (Ozil).”